This unusual circular pottery kiln with a conical roof is a rare complete example of an updraft kiln.  It was used to make domestic earthenware and roof tiles.  It is possibly the only complete example of its type in Britain and was in use from about 1750 until 1850.  It is located about 100 metres from the northern end of the Dunster Castle Car Park behind the Luttrell Arms (grid reference SS 992 439).  It has a diameter of 3 metres and is around 5 metres high.  It was built of local red sandstone.  There was originally a pottery building adjacent to it but this was demolished in 1850.  The kiln survived because it was converted into a gardener's shed.  It was used for this purpose for more than 150 years.  The location of the kiln so close to Dunster Castle suggests that it was a deliberate landscape feature, as well as an industrial premises.  The kiln was restored in 2013.


More information about the kiln and how it worked can be found on the Exmoor's Past website:
http://www.exmoorher.co.uk/hbsmr-web/record.aspx?UID=MSO9466-Pottery%20Kiln%2C%20Luttrell%20Arms%20Hotel%2C%20Dunster

Further Reading about Dunster Castle and the Luttrells:

History of Dunster and of the families of Mohun and Luttrell by H.C. Maxwell Lyte.  In 2 volumes.  Published by St Catherine Press, 1909 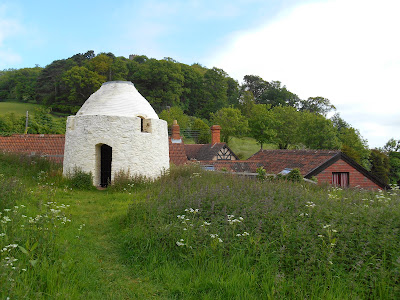 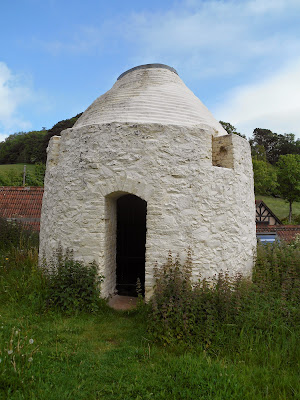 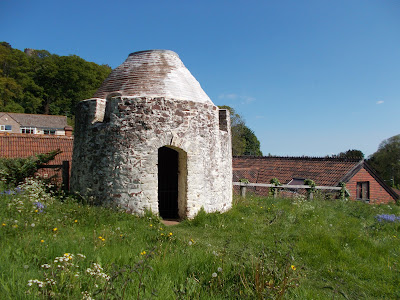