Rise, Redemption and Fall by John Robinson are a triptych of bronze resin sculptures mounted on the wall of an outbuilding of Cadbury Court in the churchyard of St Michael's Church in North Cadbury.  Grid reference  ST 636 271.

John Robinson, who was born in 1935 and died in 2007, was a British sculptor and co-founder of the Bradshaw Foundation.  He lived in the South Somerset village of Galhampton.  He made a name as a sculptor of children, and sports figures.  He was Official Sculptor for the British Olympic Committee in 1988. 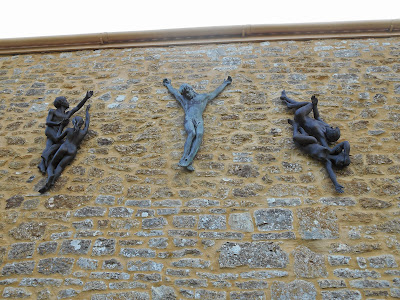 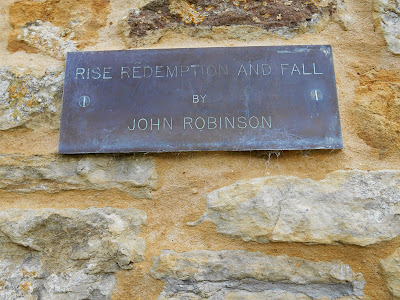