Fives is a ball game, which is played by two or four players in a court, which is enclosed on three or four sides.   A hard ball is hit with the hand, which is usually protected by a glove. The origin of the word fives is uncertain.  It may come from an old game called Longue Paume, in which five played on each side.   Alternatively it could be a reference to there being five fingers on a hand or possibly from the fact that players had to make five points in order to win.  It was sometimes called hand tennis and was probably being played as far back as the 16th century.  A similar game called pelota is played in the Basque areas of Spain.

In the past fives was often played between the buttresses of church walls.  Understandably the church authorities objected to this due to the damage caused to windows etc and in 1754 the Bishop of Bath and Wells banned fives from being played against church walls.  As a result purpose built fives walls were constructed, mainly in the grounds of pubs.  Most of the remaining non-public school fives walls in England are to be found in Somerset: 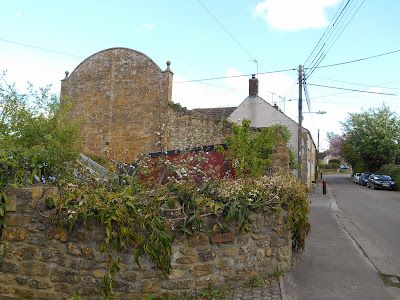 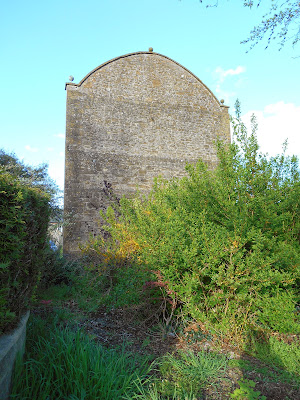 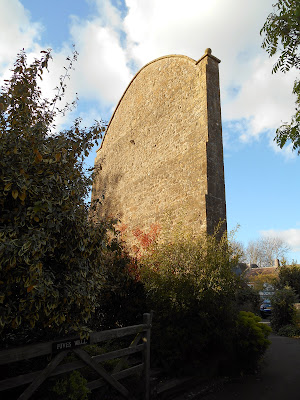 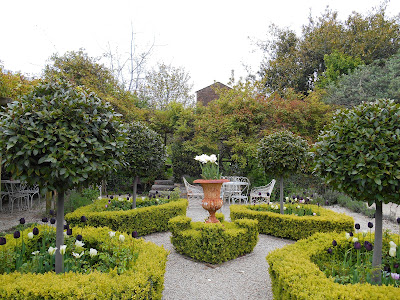 The fives wall is at the back of the pub's garden, which was locked up when I visited at 8.30 am one Saturday morning, which is why I couldn't get a better photo of it. The garden looks beautifully kept. 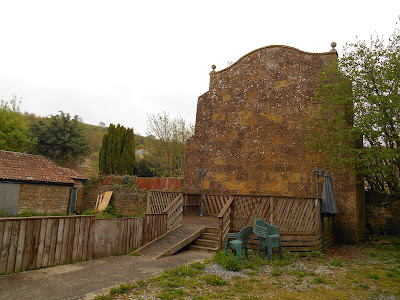 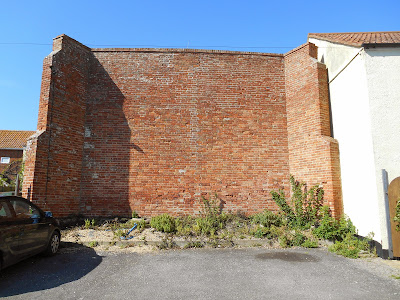 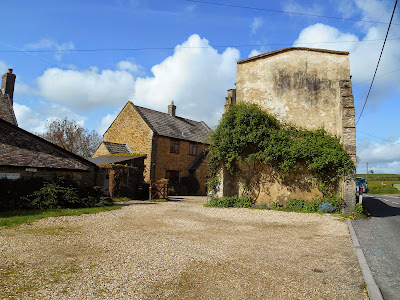 Cheriton Hill, North Cheriton
This may have been the remaining end of a medieval barn, rather than a purpose built fives wall, although it was used as one.  Grid reference ST 685 25. 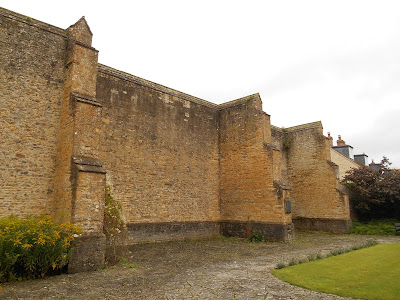 Milborne Port has a unique double fives wall, which was erected in 1847 by Sir William C. Medlycott, the local MP. 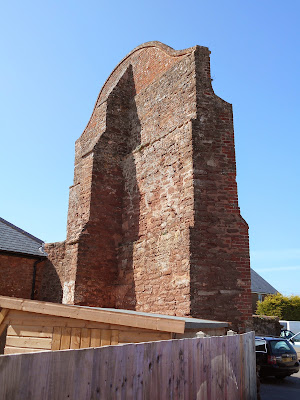 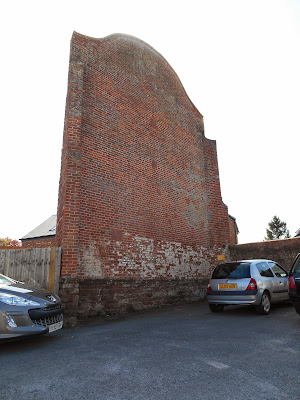