The quiet village of Mells, a few miles to the north west of Frome is a must see place for all fans of the work of Sir Edwin Lutyens.  He advised on the restoration of Mells Manor and its garden c1900,  designed the village's war memorial, a bus shelter, the gates and gate piers at the entrance to Mells Manor, the plinth for Edward Horner's memorial, a yew tree avenue in the churchyard and a small triangular stone shelter in the middle of the village.

Edwin Landseer Lutyens was born in London in 1869 but grew up in Surrey.  After studying architecture at South Kensington School of Art he set up his own architectural practice.  He became one of Britain's most respected architects.  He designed many well known buildings, gardens and war memorials e.g. the Centotaph in Whitehall, Castle Drogo at Drewsteignton in Devon, the gardens at Hestercombe House near Taunton (with Gertrude Jekyll) and Thiepval Memorial to the Missing of the Somme.  He also designed many buildings in New Delhi in India.   He died in 1944.

It is unusual to find a statue of a horse and rider in a church but there is one at Mells.  It was designed by Sir Alfred Munnings, who is better known for his equestrian paintings.  It was commissioned as a memorial to Edward Horner, who was killed at the Noyelles on the Western Front on 21st November 1917 aged 28, by his parent John and Frances Horner.  The plinth was designed by Sir Edwin Lutyens.  Edward Horner's original wooden cross grave marker has been mounted at one end of the plinth.  The plinth also bears the quotation from Shelley's poem Adonais  "He hath outsoared the shadow of our night."  The Horner family bought Mells Manor in 1543.

Sir Edwin Lutyens: An Illustrated Life of Sir Edwin Lutyens (1869-1944) by Michael Barker.  Published by Shire Publications in 2005.  A short introduction to the man and his work.

Sir Edwin Lutyens: An Appreciation in Perspective by His Son - by Robert Lutyens.  Published in 1942 by Country Life

The Life of Sir Edwin Lutyens by Christopher Hussey. Published by Country Life in 1950.  At 602 pages long this is a bit of a tome.

Lutyens and the Edwardians: an English architect and his clients by Jane Brown.  Published by Viking, 1996 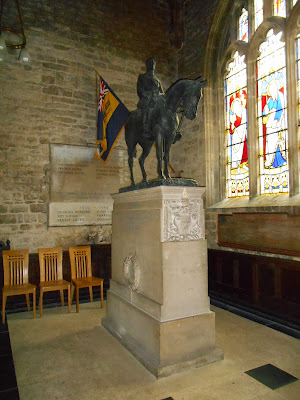 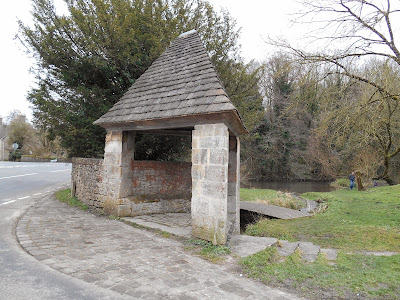 Shelter in the centre of Mells designed by Lutyens
The shelter was built for Lady Horner in memory of her son Mark Horner, who died of scarlet fever in 1908.  Eric Gill, the typographer, created the inscription, which reads "For the use of Mells Village in Memory of Mark Horner 1908." I believe that it once housed a tap or a well but today it would make a good bus shelter. 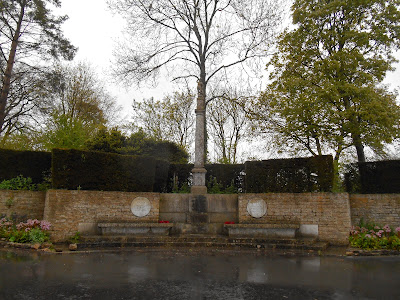 Mells War Memorial
- not looking its best in the pouring rain! 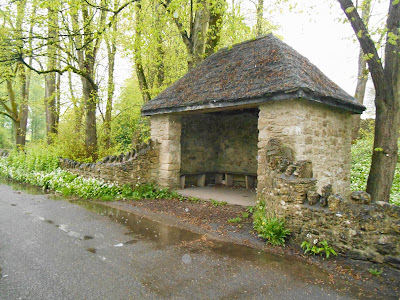 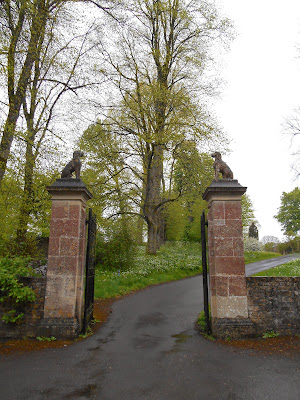 Gateposts at the entrance to Mells Manor 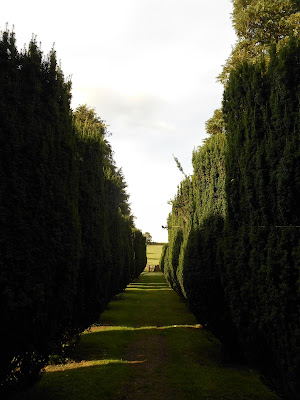 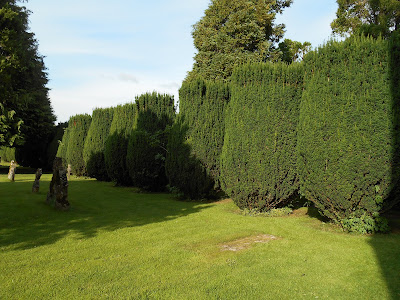 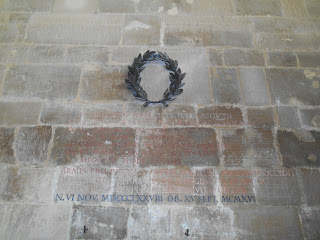 Eric Gill's lettering on Raymond Asquith's memorial in the church.

Raymond Asquith was the eldest son of the British Prime Minister Herbert Henry Asquith.  He was killed on the Somme in 1916.  He married Katherine Frances Horner in 1907.
Posted by St Kilda at 15:28