The AA box on the A39 at Pittcombe Head (grid reference SS 841 462) is one of the smallest listed buildings in Britain.  It is grade II listed.

AA telephone boxes were mainly located on major roads or at important junctions. AA patrols sheltered in them and AA members were provided with a key, which gave them access to the telephone and the equipment, which was stored in it., including a fire extinguisher, first aid kit, cleaning kit, local information, fuel and water. Members could telephone to request assistance or make local calls free of charge.

The first AA box was erected at Newingreen near Hythe, Kent in 1912.  More than 850 boxes were erected throughout the UK but only 19 wooden boxes now remain on public roads.  8 of these are listed Grade II. The Pittcombe Head box is number 137 and was erected c1956.  Its location is presumably explained by the fact that it is at the top of Porlock Hill and in years gone by many cars overheated there after the steep climb.

After 1945 the AA began to erect a new type of telephone box, which was timber framed with external cladding. The inside walls were made of melamine panels. After 1968 the wooden boxes were phased out and replaced by pedestal phones. The AA decommissioned all its telephone boxes in 2002, due to the advent of mobile phones

The Pittcombe Head telephone box was repaired in 2014.  The original specification of tongue and groove 'V' jointed timber was used to replace plywood. 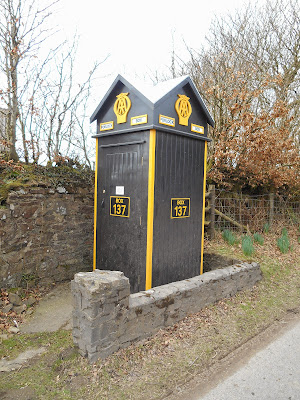 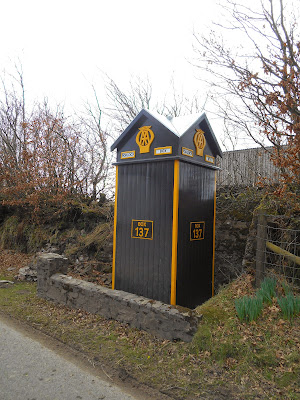