The Hucky Duck and other Canal Aqueducts

There are only 13 aqueducts listed on the Somerset Historic Environment Record:
None of them currently have any water in them, as all the canals they were on are disused or were never completed. 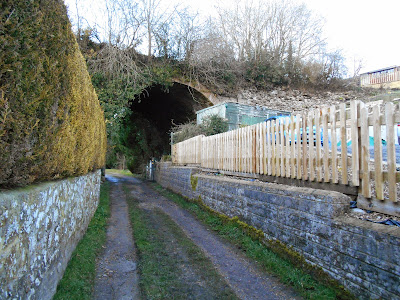 The Hucky Duck at Coleford
The Dorset and Somerset Canal was planned in the 1790s to run from the Kennet and Avon Canal near Bath to Poole in Dorset with a branch from Frome to the Somerset Coalfield at Nettlebridge. Coleford Aqueduct, which is known locally as the Hucky Duck, was on the branch.  However the canal was never completed due to lack of funds and the project was abandoned in 1803.   A public footpath passes under the aqueduct, which is located 100 metres to the north of the Coleford to Holcombe road at the southern end of the village of Coleford (grid reference ST 685 488).  There is no sign to it but it can be seen from the public road.  Parking is difficult nearby, as the road is narrow and most of the nearby houses do not have off road parking. 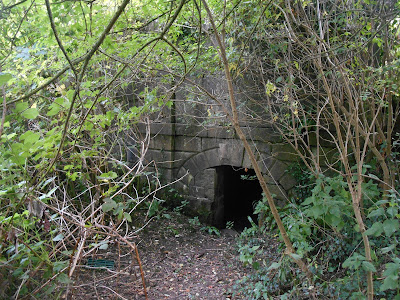 Murtry Aqueduct
This is all I could see of the Murtry Aqueduct, as the site was very overgrown when I visited in August 2016.  I believe this is the west access tunnel.  I would have investigated further but there was a tent pitched on the north side of the aqueduct and I didn't want to disturb anyone who might have been in it, so I took this photo and left. 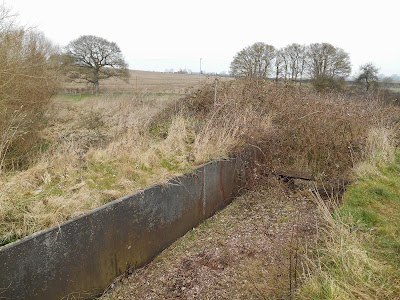 Iron trough of the aqueduct over the River Tone on the former Grand Western Canal at Nynehead
(Grid reference ST 146 223)
This aqueduct can be seen from a public footpath. 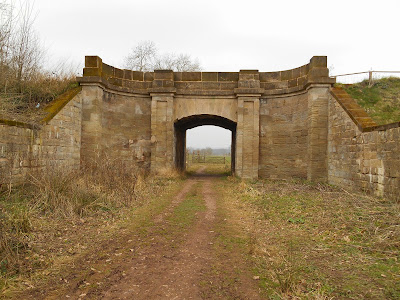 Aqueduct that carried the Grand Western Canal over the driveway to Nynehead Court.
This aqueduct (grid reference ST 144 218) can be viewed from a public footpath.  It is located immediately to the west of the remains of the Nynehead Boat Lift.  The Grand Western Canal was part of a scheme to link the Bristol Channel with the English Channel, so that shipping could avoid having to travel around the coast of Cornwall.  It was also built to transport goods, including coal, into the middle of Somerset and Devon.  It was completed from Tiverton to Westleigh in 1814 but the section to Taunton wasn't completed until 1838.  It was used mainly to transport coal and limestone.  When nearby railways were built, it lost most of its trade.  The section from Taunton to Loudwells was bought by the railway company and abandoned in 1865.  The Devon section continued to be used until 1925. 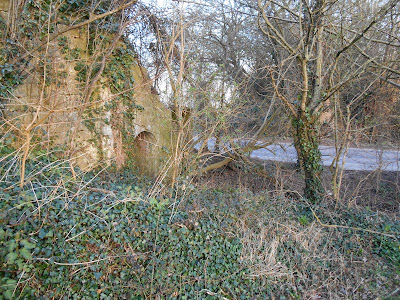 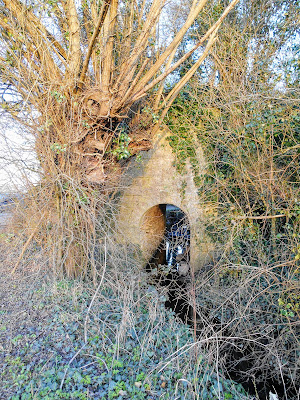 Southern side of the aqueduct on the Chard Canal south of Creech St Michael
The remains of this aqueduct (grid reference ST 271 250) can be viewed from the public road, which runs between Ruishton/Henlade and Creech St Michael. 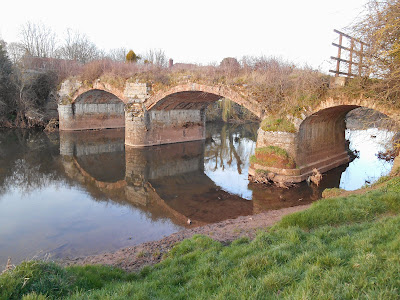 Chard Canal Aqueduct over the River Tone at Creech St Michael
This aqueduct (grid reference ST 271 254) can be viewed from a public footpath.
Nothing now remains of another aqueduct, which Brunel built nearby to carry the Chard Canal over the railway line. 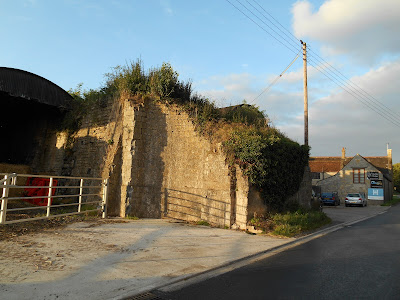 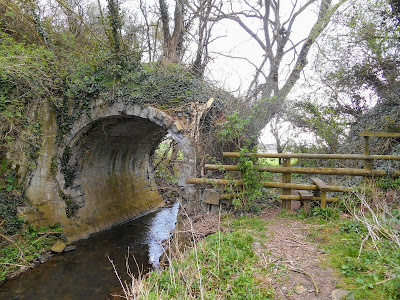 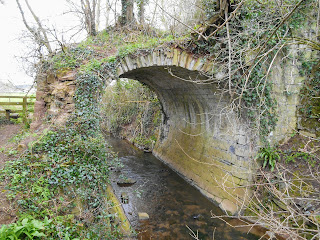 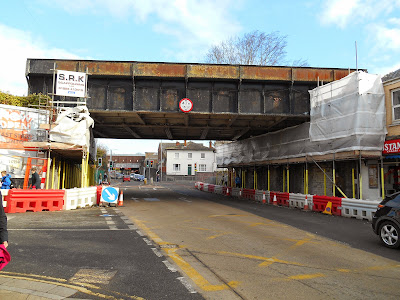 Railway bridge at Station Road, Taunton
It replaced an aqueduct, which carried the Grand Western Canal.  The railway bridge was formerly used by a loop line round the nearby station but is due to be replaced by a road bridge in summer 2015.  Update Summer 2016: the bridge has been removed but the new bridge has yet to be installed. 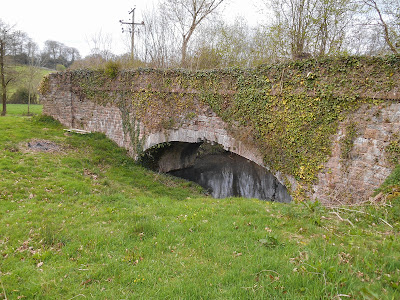 Aqueduct, which carried a stream over the Grand Western Canal at Greenham
There is still some water in the canal at this point but no sign of the stream the aqueduct was built to carry. Grid reference ST 078 198

The Dorset and Somerset Canal: An Illustrated History by Kenneth R. Clew.  Published by David and Charles in 1971.

The Chard Canal by Chard Local History Group.  Pamphlet published in 1967 and 2nd edition in 1972.
The Grand Western Canal by Helen Harris.  Published by David and Charles in 1973.

Glastonbury Canal by Geoffrey Body.  Published by Fiducia Press in 2001
Posted by St Kilda at 16:21