Clark's Folly (grid reference ST 491 372) is shown on large scale Ordnance Survey maps as Stephen's Folly but it seems to be more commonly known as Clark's Folly.  The Stephen in question was Stephen Clark.  In 1956 he purchased a Doric portico, which then stood at the front of Westcombe House, two miles east of Evercreech.  The house was about to be demolished.  However it cost £833 to dismantle, move, store, construct a brick back for it and re-erect the portico on the north east edge of Street.  When I visited on a sunny morning in March 2015 it looked rather neglected with brambles growing up around the front of it.  It is not listed on the Somerset Historic Environment Record.  It has a black painted metal rack at the back, which is apparently a hay rack for feeding cattle, although there were none in sight when I visited.  The folly is now located on the edge of a Strode College car park but it is on a public footpath.

Somerset Follies by Jonathan Holt.  Published in 2007 by Akeman Press 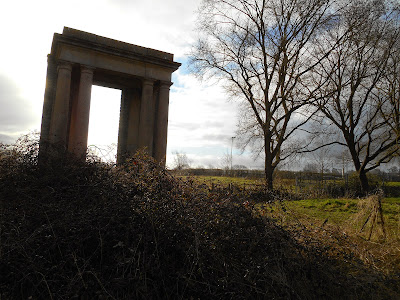 As it was early morning, the sun was shining in the eastern sky and I couldn't get a good photo of it from the front. 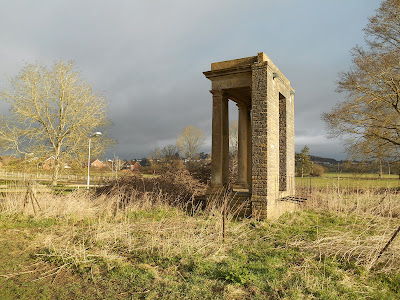 Clark's Folly, Street showing the hay rack at the back 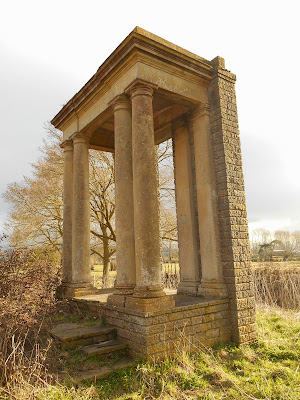