What is Queen Anne doing in Minehead?

Jacob Bancks was MP for Minehead from 1698-1713.  He was born in Sweden but was a Royal Navy captain.  He was knighted in 1699.  He greatly admired Queen Anne and after seeing her statue at St Paul's Cathedral he commissioned sculptor Francis Bird to make one for Minehead in 1719.  It is made of alabaster and was originally erected in St Michael's Church but was moved out in 1880 when the church underwent a restoration.  Queen Anne was to have been housed in the new town hall but this plan never came to fruition and in 1893 the people of Minehead paid for a canopy to be built over her head and she was placed in her current site in Wellington Square outside St Andrew's Church (grid reference SS 967 461).  Presumably Bancks Street in Minehead, which is where the public library is currently situated, is named after Jacob Bancks.  Queen Anne was born in 1665 and reigned from 1702-1714. 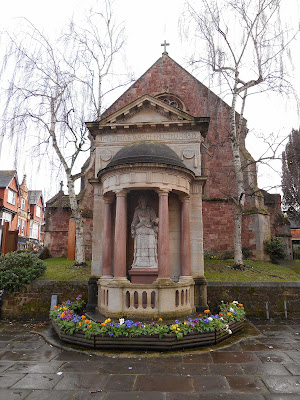 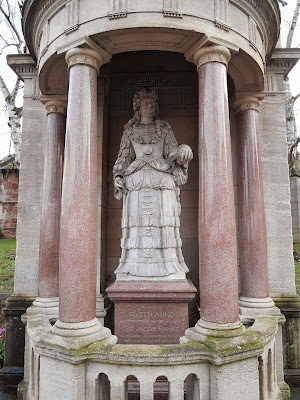 Queen Anne close up
Posted by St Kilda at 00:59