Mary Bignal attended Millfield School in Street where she began to show great promise in the long jump, hurdles and high jump.  She won a silver medal in the long jump at the 1958 Commonwealth Games and came fifth in the high jump. Later the same year she came seventh in the European Pentathlon Championship.  At the Rome Olympics in 1960 she set a British record of 6.33m in the qualifying round of the long jump.   However in the final two of her three jumps were disallowed and she finished ninth. She also finished fourth in the 80m hurdles. She won a bronze medal in the European championship long jump in 1962.  She married rower Sidney Rand in 1961 but they divorced in 1966 and she remarried.

At the Tokyo Olympics in 1964 Mary Rand set an Olympic record in the long jump in the qualifying rounds, jumping 6.52m. In the final she beat the world record holder Tatyana Schelkanova of the USSR. Her first jump of 6.59m was a British record. However in the fifth round she jumped 6.76 metres and broke the world record. Her record lasted four years until it was broken by Viorica Viscopoleanu at the 1968 Olympics in Mexico City.    She also won the silver medal in the Pentathlon with a British record 5035 points, finished fourth in the 80m hurdles and won a bronze medal in the 4x100 metres relay.

Mary won a gold the long jump at the 1966 Commonwealth Games.  She failed to make the 1968 British Olympic team due to injury and retired from sport in September 1968.

Mary Rand was awarded an MBE in the 1965 New Year's Honours List and she was voted BBC Sports Personality of the Year for 1964.  In 2012 she was awarded Freedom of the City of Wells.  She currently lives in the USA.

Her winning jump in Tokyo is commemorated in the Market Place at Wells by a plaque, which is the length that she jumped: 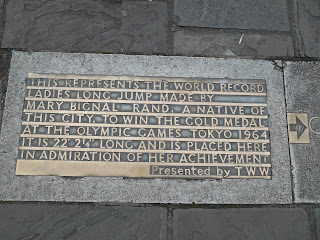 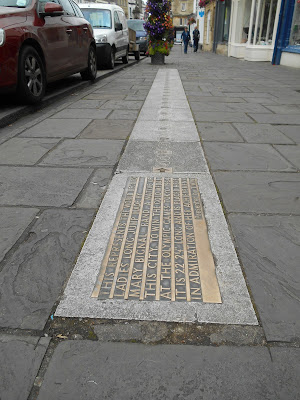 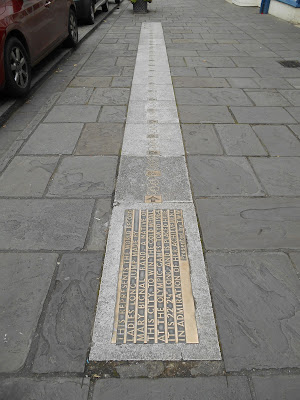