This memorial to what appears to be a family's eclectic set of pets is built into the side wall of the Kingston St Mary Church Car Park. It is on the right hand side as you enter the car park.   I have no idea how it came to be there, to which family the pets belonged, when they died or if they really existed.  I can find nothing about it online. 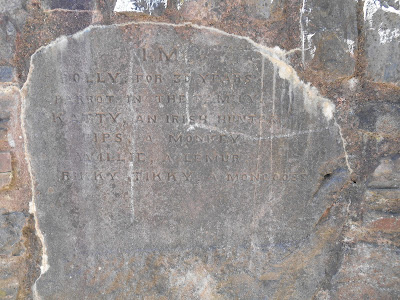 No dates or house name are given.  I presume that the animals did not all die at the same time but maybe there was a house fire that killed them all at once.  I presume IM on the stone stands for In Memoriam.  I assume it must have been a wealthy family to have owned such exotic pets as a monkey, a lemur, a mongoose and a parrot.  Any information about this memorial will be gratefully received.

This memorial to the Reverend Whitehead's faithful dog Wallace is located on Common Lane in the village of Keinton Mandeville.  It reads:

Reverend Arthur Whitehead was the vicar of Keinton Mandeville from 1892-1941.  Wallace's dates of birth and death are not given and neither is his breed.   Apparently Rev Whitehead was blind, so maybe he relied on Wallace as a kind of guide dog?  The memorial was originally a drinking place for dogs but when we walked by in September 2015 the bowl at the bottom was full of leaves. 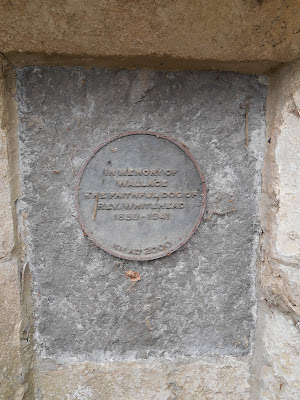 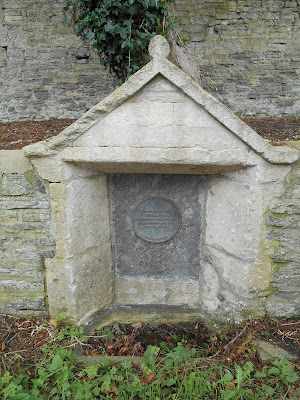 Dunster Castle has a large pet cemetery.  Most of the animals are named and their years of birth and/or death are given but in most cases it doesn't same what type of animal they were. I presume that most of them were dogs or cats but at least one was a budgie. 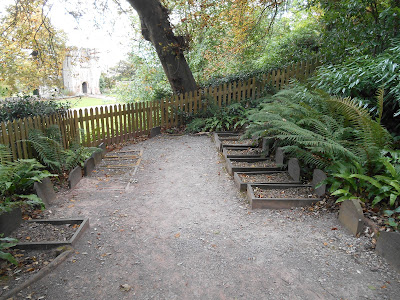 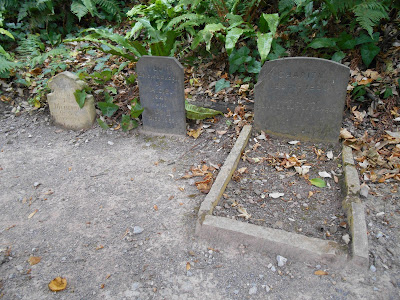 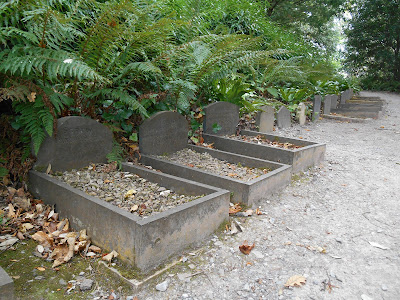 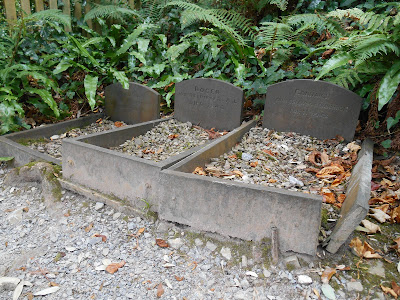 Outside the grounds of Dunster Castle is this memorial to Jig-saw, beloved pony of A.L., died 1968 aged 29.  A.L. was Alys Luttrell and Jig-saw was her polo pony. 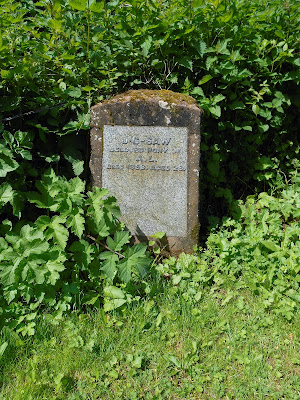 There is a small pet cemetery at the National Trust property of Lytes Cary.  It is difficult to see the graves, as they are behind one side of a hornbeam tunnel.  The graves are those of the pet dogs that belonged to Sir Walter Jenner (owner of Lytes Cary from 1907-1948) and the Chittenden family (tenants from 1955 until 2003). 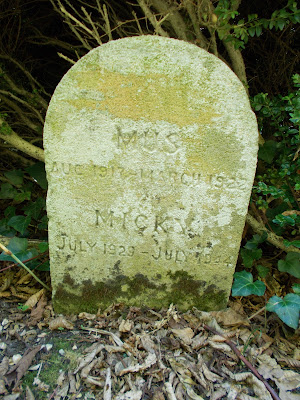 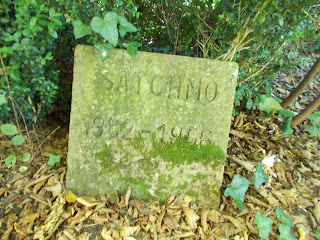 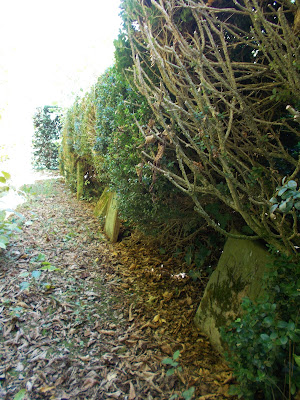 Pet cemetery at Lytes Cary
Posted by St Kilda at 15:05