Stocks were a form of punishment by public humiliation.  They were used to punish petty offenders.  The culprit's ankles and sometimes wrists were locked into the wooden stocks and they were left there for passers-by to ridicule them.  In England they were probably first used in Anglo Saxon times but became widespread after a statute was passed in 1351, which made it compulsory for every village to provide and maintain a set. The stocks survived as a form of punishment until the mid 19th century.  Some sets of stocks originally also had whipping posts next to them.  These were vertical posts with iron clamps to hold an offender's wrists while he or she was whipped. 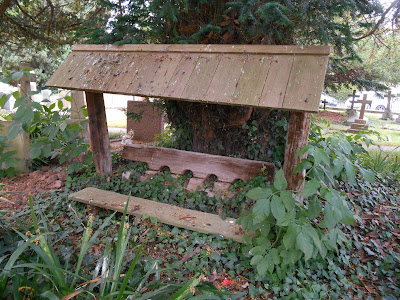 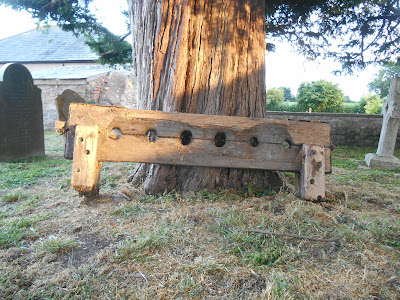 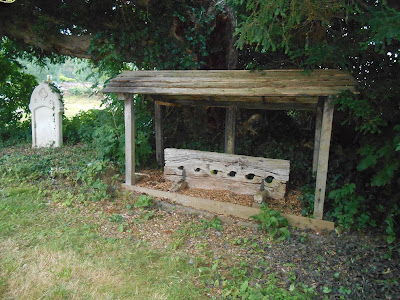 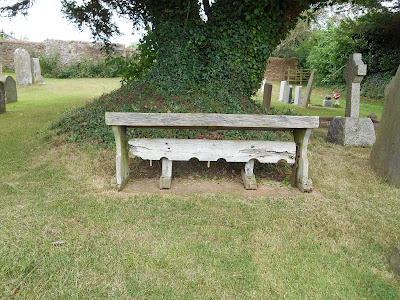 Thurloxton Churchyard - half a set of stocks 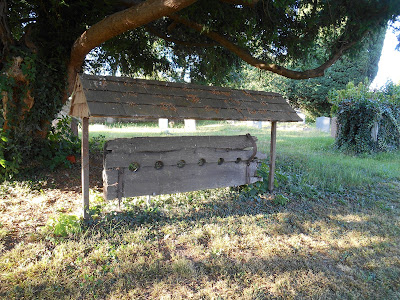 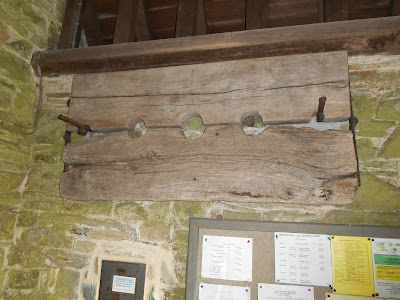 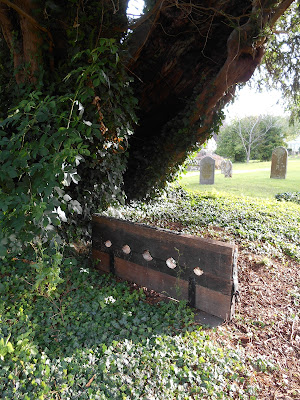 Bicknoller Churchyard at the foot of the Quantock Hills 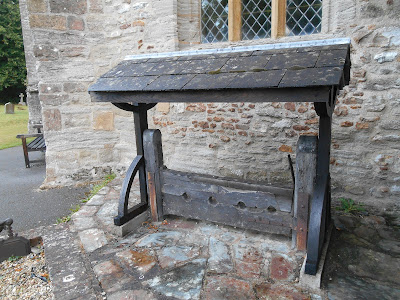 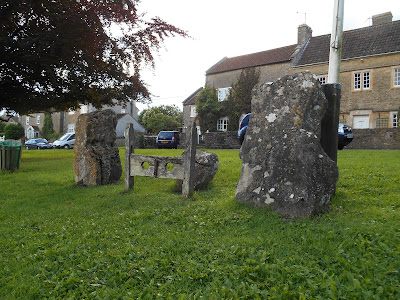 The stocks at Faulkland are flanked by 2 enormous standing stones 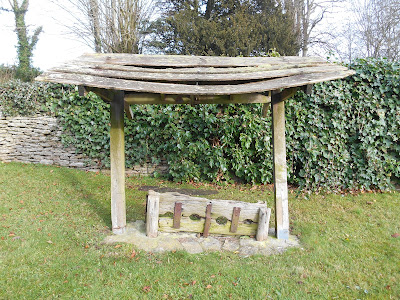 North Cheriton - outside the entrance to St John the Baptist Church 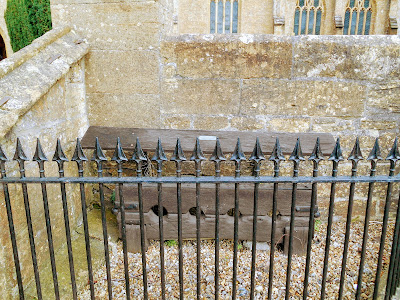 Martock's stocks are kept behind bars! 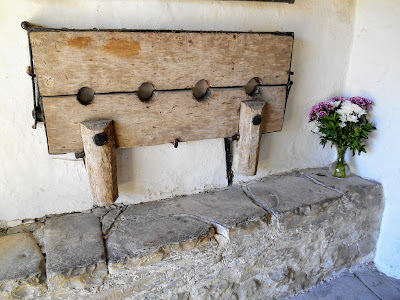 Catcott's stocks are mounted on the wall in the church porch 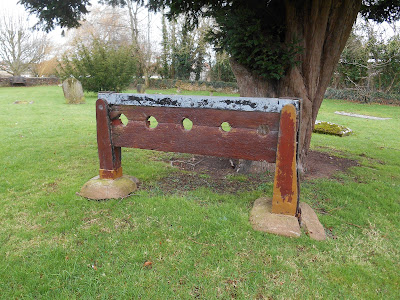 Under a yew tree in St George's Churchyard, Wembdon
One set of a stocks does look much like another!

Other sets of stocks can be seen at Wambrook and Templecombe.
Posted by St Kilda at 11:21