As part of the Taunton Live event in July 2015, Taunton Library's normally rather grey and austere frontage was livened up for a week by being yarn bombed. 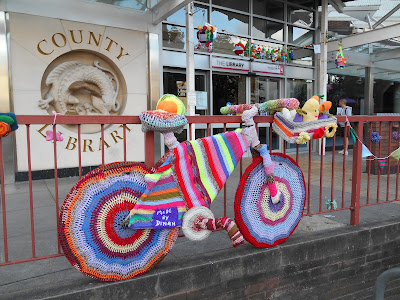 A bicycle in front of the bike racks 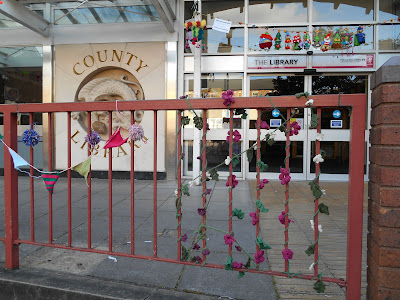 Flowers on the railings 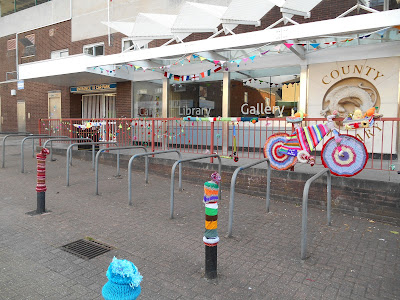 Even the bollards were decorated 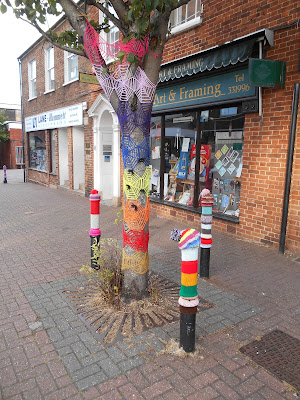 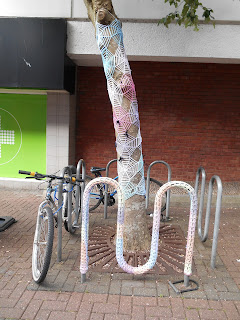 Another crocheted tree trunk and a decorated bike rack 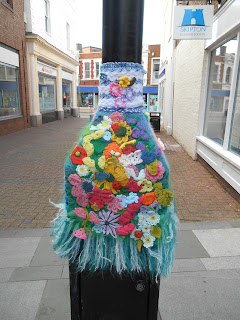 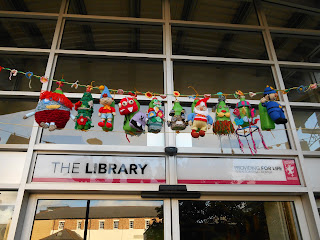 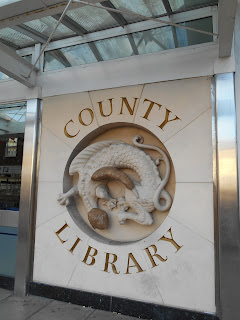 It is a shame that they didn't knit the dragon a new head and wing, as due to repeated vandalism, he doesn't currently have a head!

Other areas of Taunton were also yarn bombed - Goodland Gardens and Bath Place.  However I never got round to going to look at these displays.  I did however make it to Ruishton Church, which was decorated with an incredibly detailed floral arch and a slightly scary bride and bridesmaid.  I think the bride had scared the bridegroom off because he was nowhere to be seen! 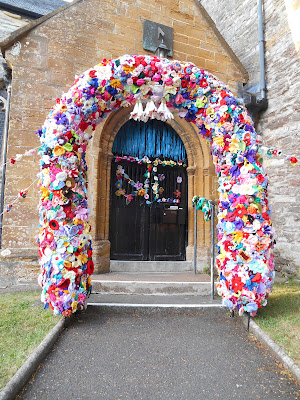 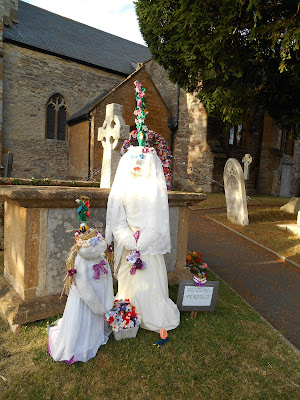 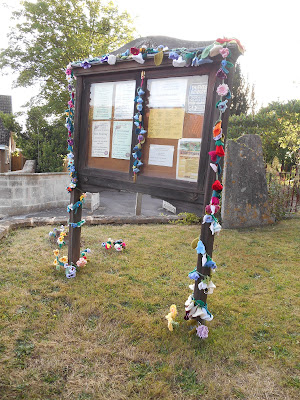 Flowers around the noticeboard
Posted by St Kilda at 12:16