We stumbled upon these works of art at the disused Asham and Westdown Quarries near Chantry while on a circular walk from Cranmore Tower on Sunday.  As a bunch of Ramblers we were somewhat baffled by them and what they were supposed to signify but we enjoyed looking at them all.   Having done some research online I see that they are part of the Step in Stone Project, which is running over the summer at various locations in the area.  However I am still none the wiser about their meanings.  We discussed amongst ourselves what we thought the meaning of each one might be and maybe that is the purpose - just to get people thinking?

There were free leaflets at the start of the trail, which included a map and a description of the art works. However the descriptions seemed to mainly consist of a list of materials used.  In some cases there is an explanation but in most cases it was unintelligible to me. 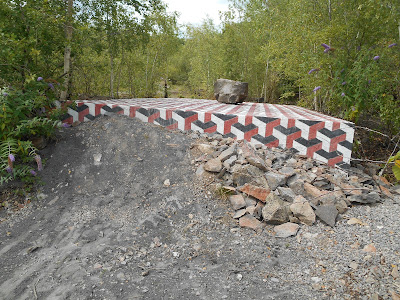 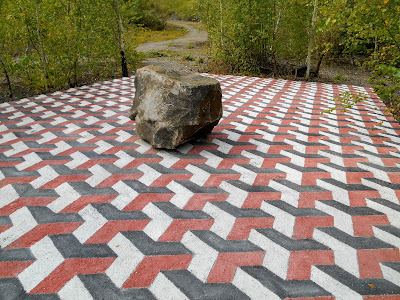 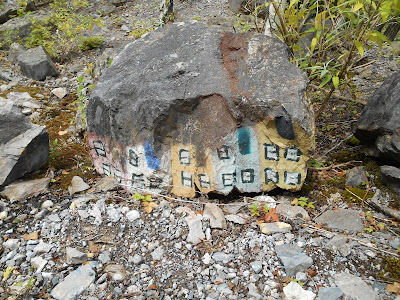 I don't think this is part of the official trail but I thought it was a lovely row of fairy houses! 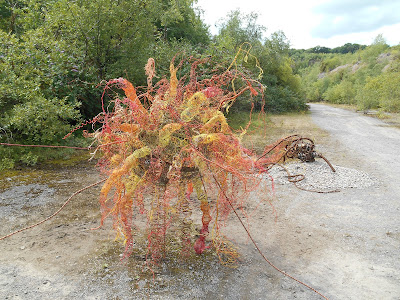 We weren't entirely sure what this is meant to be but it was strangely attractive.  It is based on plantlike crinoids (sea lilies), which are ancient sea creatures whose fossilised remains are common in carboniferous limestone, which was once quarried at Asham. Crinoids have tentacles. 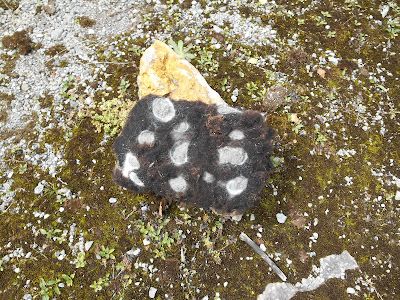 I'm not sure about wrapping small rocks in felt!

At the beginning of the trail there were 3 very large rocks wrapped in 3 different sheep fleeces from Shetland, Jacob and a mix of breeds by the same artist - Suzie Gutteridge. 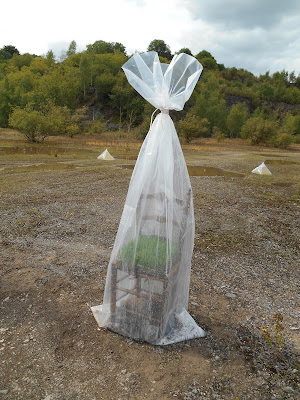 This is a wooden chair wrapped in a clear plastic bag with a box of wheat grass growing on the seat. I have no idea why! 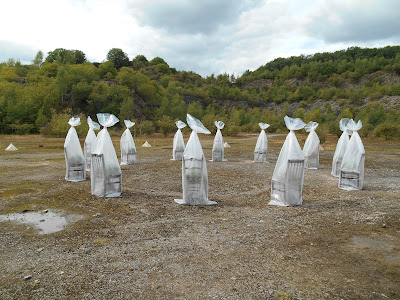 Lest we Forget - is enough is enough? by Sally Kidall
The 12 chairs are arranged in a ring - King Arthur and the Knights of the Round Table perhaps?  The explanation given in the leaflet describes this artwork as "A contemporary interpretation of commemorative memorials, informed by issues relating to consumption and materialism: "the more we have the less we own: Meister Eckhart""  I am none the wiser! However I will remember this artwork for a long time to come. 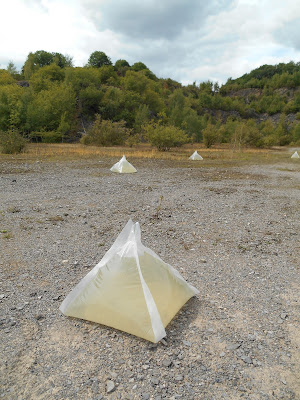 Around the outside of the circle of chairs are these pyramids full of water.  I have no idea what they are meant to symbolise. 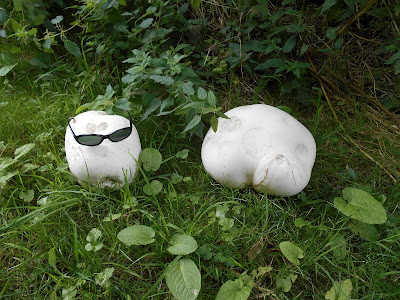 These giant puffballs aren't part of the art trail - we found them on the path around Merehead Quarry.  The sunglasses are there to give an idea of the size of them. They were certainly the largest puffballs I have ever seen.

There is apparently a separate trail around Halecombe Quarry.  If you want to do either trail, you will need to hurry, as they will only be there until 18th October 2015.
Posted by St Kilda at 15:14