At the time of the Domesday Book there were about 370 mills in Somerset but these were all driven by animals or were water powered.  Only Norfolk and Lincolnshire had more mills at this time.  The earliest reference to a windmill in Somerset was at Seavington near Ilminster in around 1212.  References to windmills became more common from the 13th century onwards.  Many of the early windmills were erected on land which belonged to Glastonbury Abbey e.g. the Polden Hills, which had good soil for growing corn.


The earliest windmills were post mills.  These continued to be used until the 19th century.  Bishops Lydeard church has a 15th century carving of a post mill on a wooden bench end.


Post mills consist of a timber body containing the machinery and carrying the sails, which pivots around a single massive vertical timber post, so that the sails can be turned to face the wind. The post is held in position by 4 diagonal quarter bars, which are in turn fixed to 2 timbers known as cross trees at ground level.   Post mills were often set upon specially constructed artificial mounds or sometimes made use of existing round barrows (ancient burial mounds).


In the 16th century the power of the abbeys and manors began to decline and many windmills were abandoned.  By the early 18th century tower mills were replacing post mills in Somerset.  They were more stable than post mills and also had more storage and working space in them. In a tower mill only the cap and sails had to be turned to face the wind.  In many cases the tower mills were built on sites that had previously been occupied by post mills.


Many of Somerset's windmills ceased to be used by the mid-19th century. After the repeal of the Corn Laws in 1846, cheap grain imports from the Americas flooded the market and prices dropped.  Imported grain was milled close to the ports where it arrived in the country. The decline in Somerset’s windmills was accelerated by a move away from arable to pasture and a series of bad harvests in the 1870s.


No post mills have survived in Somerset to the present day. Only 2 windmills in Somerset today are in working order - Stembridge Mill at High Ham, which is owned by the National Trust and Ashton Windmill at Stone Allerton, which is owned by Sedgemoor District Council.  Both are open to the public on certain days.   The truncated remains of tower windmills can be seen at Walton, Watchfield and Weare.  A replica windmill has been constructed at Windmill Hill near Ashill. 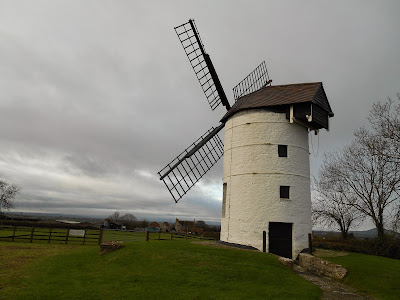 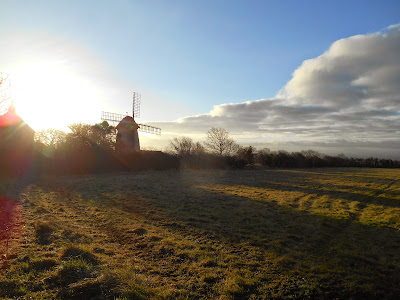 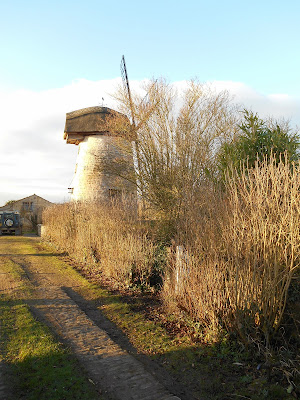 The current tower mill was built in 1822 but replaced an earlier mill, which stood nearby.  The tower is built of blue lias stone and it is the last windmill in England to have a thatched cap, a feature which used to be common in Somerset.  The mill worked until c1897-8 when the cap jammed.  After this time it was powered by a steam engine but the mill ceased working commercially in 1908.  The windmill was acquired by the National Trust in 1969.  It was restored most recently in 2009. 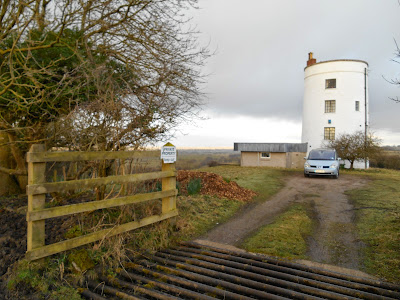 Walton Windmill
There was a post mill at Walton in around 1342.  A tower mill was built, possibly on the same site c1741.  This mill was rebuilt c1797.  It had 4 sails.  The last miller was Charles Phillips, who ran a bakery and grocery business from the mill until c1906.  In 1926 it was converted into a house by Rev G.M. Evans of Westonzoyland.  The tower was heightened to form a parapet and look out platform.


Weare tower mill was probably built around 1760.  It stopped working in around 1880 and in 1910 the mill and miller's cottage were incorporated into a new house. 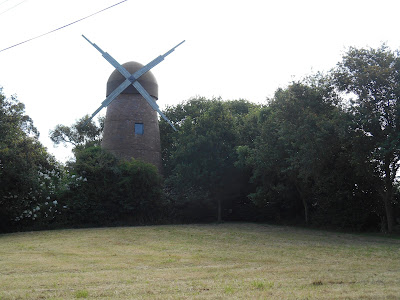 Replica windmill at Windmill Hill, Ashill
There was probably originally a real windmill on this site but this isn't it! 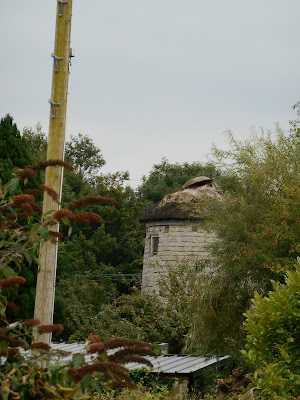 Watchfield tower mill was built of lias blocks in around 1817 and worked for almost 100 years until c1914.  It had a thatched cap and or much of its working life it was worked by 3 generations of the Spearing family.  In the 1890s a steam engine was brought in.   It was converted into a house.  When I visited in August 2015 it was very difficult to see the mill from the public road. 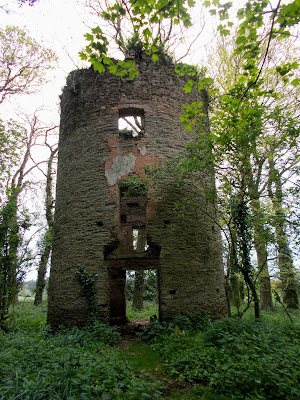 Burlinch Mill in West Monkton parish was marked on the 1st edition Ordnance Survey map in 1817.  It was probably in use until around 1880.  It is located in the middle of a plantation of trees but the trees were not planted until c1840.  The ruins of the vertical sided tower can be seen from the public footpath that runs WSW from Coombe Bottom to Burlinch Plantation. Grid reference: ST 265 294. 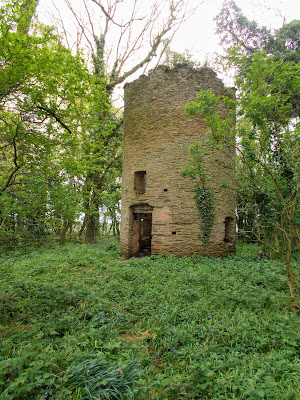 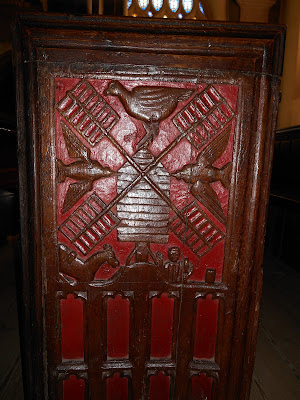 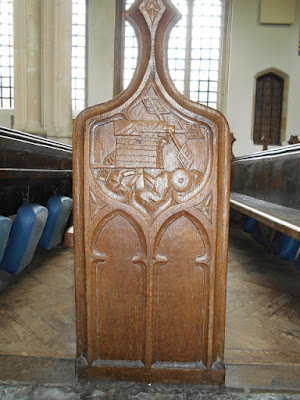 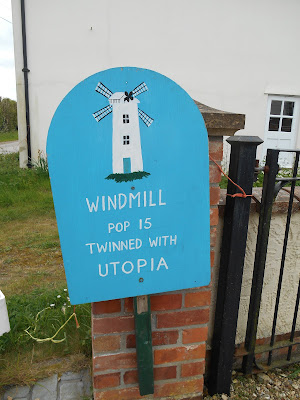 Windmill Hamlet, Stoke St Gregory
There is a road/hamlet at the south east end of Stoke St Gregory called Windmill.  Presumably there was once a real windmill there but no longer.  The hamlet of Windmill is, as you can see, twinned with Utopia!

Windmills of Somerset and the Men who Worked Them: Alfred J. Coulthard and Martin Watts, published by The Research Publishing Co. in 1978.

Somerset Windmills: Martin Watts, published by Agraphicus in 1975
Posted by St Kilda at 12:46