There were no organised police forces in rural areas of England until after 1839.  Before this time, it was the parish constable who was the keeper of law and order.  An upstanding member of the community was appointed annually to the post of constable by the local lord of the manor or the parish vestry committee.  It was an unpaid role. The constable was responsible for the stocks, pillory, and village lock‐up. He also secured prisoners and escorted them to the quarter sessions or assizes.

Village lock ups, which are also known as blind houses, guard-houses, cages or watch-houses, were designed for the temporary detention of people in rural areas. Lock ups were often used to hold drunk people until they sobered up.  They were also used to hold criminals until they could be taken to a local magistrate.  Most lock ups were designed to house one or possibly two people at a time.  They were small with one doorway and sometimes a very small window.  They were built of brick, stone or timber and in a variety of shapes: round, square, rectangular or polygonal.  Lock ups were usually freestanding but were sometimes attached to or incorporated into other buildings.

Most lock ups were constructed in the late 18th and early 19th centuries.  There was an increase in crime during this period, due to the social and economic upheavals brought about by the industrial revolution and the demobilisation of military personnel following the end of the Napoleonic Wars.  The need for lock ups decreased after the establishment of county police forces in the 1840s and 1850s.  Many of them were demolished but a few have survived to the present day. 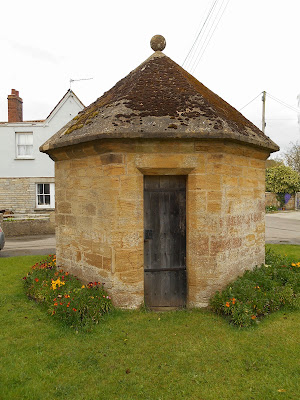 Kingbury Episcopi's octagonal lock up
This is located in the centre of the village on the village green.  It was probably built between 1820 and 1840. 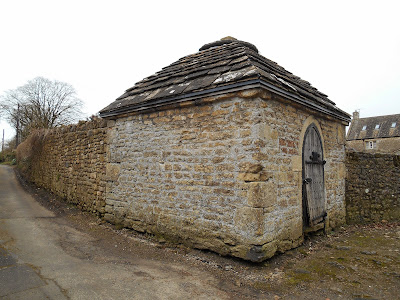 Square lock up in Mells 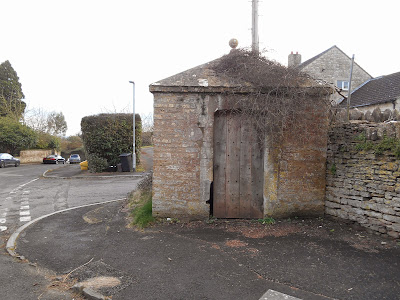 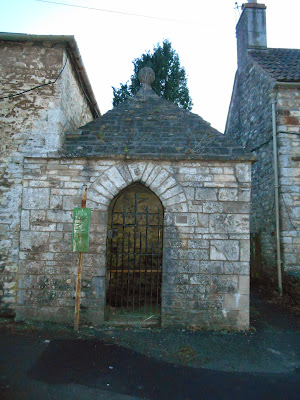 Originally built by the churchyard wall as a guardhouse in 1785, rebuilt in its present position in 1835 on the site of the parish stocks. It was restored by the parish council in 1992.﻿﻿﻿﻿
﻿﻿﻿