The Hanging Chapel is located at the top of an aptly named street - The Hill - in the centre of Langport (grid reference ST 423 267).  Its formal title is the Chantry Chapel of the Blessed Virgin Mary.  It is located over the arch of a 15th century gatehouse, through which the road passes.

The chapel was originally built in the 13th or 14th century when it was the chapel of the Tradesmen's Guild of Langport, who also formed the Corporation.  The present building was mainly built in the 15th century.   It became the Town Hall in 1570 (or 1596 depending which source of information you believe) until c1600.  It was a grammar school from 1706-c1790.  It was then leased to a succession of private individuals.  It was used a store by the local militia from 1809-1816 and then as a Sunday school from 1818-1827.  It was used to house a museum of stuffed birds belonging to Edward Quekett from 1834-1875.

The chapel has been leased to the Freemasons since the 1891. Two Freemasons' lodges currently meet there: Portcullis Lodge No 2038 and Somerset Farmers Lodge 9180.  The archway underneath the chapel was damaged by a lorry trying to squeeze through it in June 1998 and it still bears the scars today. 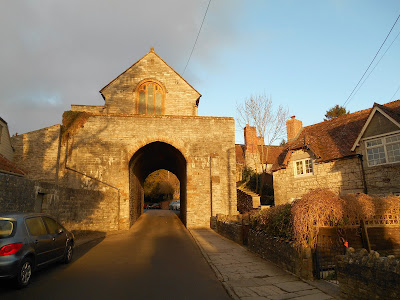 Hanging Chapel in the early morning sunshine - east side 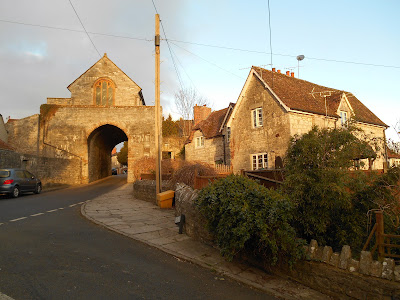 East side of the Hanging Chapel 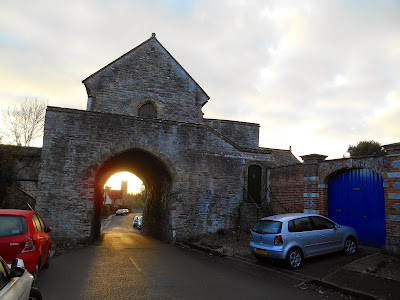 West side of the Hanging Chapel - external stairs lead up to the door on the right hand side.