A couple of friends and I were following the River Parrett Trail and just south of Haselbury Mill the presence of a geocache brought this brick culvert to our attention.  According to the plaque on the south side it was originally built in 1831 to carry water in a leat to Haselbury Mill.  It was later abandoned but was reopened in 2000 as a safe route for walkers on the Parrett Trail to pass under the busy A30.  However at the time of our visit in April 2015 it was inaccessible at the south end, due to a whole lot of branches having been dumped there.  It was possible to walk through it from the north end to look for the geocache, which I never found.  There are some shallow steps down to it on the north side bearing the words Where Water Once Flowed and there was a couple of centimetres of water in the tunnel but it was easily passable while wearing walking boots.  It hadn't rained much for several weeks prior to our visit but I would imagine that the tunnel would be impassable during wet periods.  The official route description I had for the River Parrett Trail doesn't mention the tunnel and there are steps up to the A30 and a path immediately opposite, so maybe the tunnel hasn't been in use for some time. 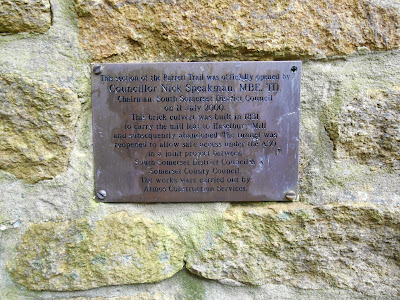 Plaque commemorating the reopening of the tunnel in 2000 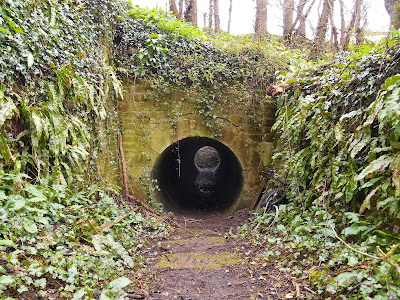 Looking south down the tunnel

There was a Steam and Vintage Rally in progress at Haselbury Mill in the field adjacent to the tunnel and we enjoyed a cup of tea and some excellent cake at the vintage 1940s tea tent.  The couple running it were very friendly and had taken a great deal of time and effort to make it feel like we had gone back in time to World War 2 - they even had a working air raid siren.  It was all the more wonderful because for us it was completely unexpected. 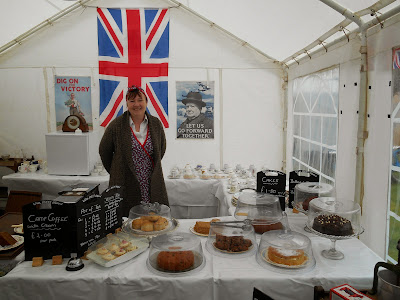