Wheal Eliza and the Murder of Anna Maria Burgess

Wheal Eliza was a copper mine on the banks of the River Barle about a mile downstream from Simonsbath.  It opened in 1845 and was initially called Wheal Maria.  It had two leats and a large water wheel by 1846.  The entrance was a stone lined adit, which led to a 300 foot shaft.  By 1851 9 miners were employed at the site.  6 of them lived in a cottage on the site.  Little copper was produced and the mine closed in around 1857.  The remains of the workers' cottage, one of the leats, the space where the water wheel was once located and the mine shaft can still be seen.

In the 1850s William Burgess lived with his wife and three children in a cottage in White Water Combe just over half a mile to the east of Wheal Eliza.  Then in 1857 Mrs Burgess died.  The two oldest children went into service at local farms but the Burgess's youngest child Anna Maria was only 6, so she went with her father into lodgings at Galleon House in Simonsbath.  However William Burgess resented having to pay a local woman 2s 6d to look after Anna.  He would rather have spent the money on alcohol.  William killed Anna in July 1858 to save the money and told everyone she had gone to live with relatives in Porlock.

However the local vicar William Thornton and others didn't believe him and made checks in Porlock.  Reports of a blue light seen above Wheal Eliza led William Thornton to suspect that was where Anna's body had been dumped.  The mine was pumped out and after a few weeks Anna's body was found.  William Burgess had fled to South Wales but was captured there and brought back to Exmoor.    He admitted the murder of his daughter and was convicted and sentenced on 20th December 1858.  He was hanged on 7th January 1859.  Anna was buried in an unmarked grave in St Luke's Churchyard in Simonsbath.  The Exmoor Society later erected a headstone but as the location of the actual grave is unknown, they chose a suitable spot. 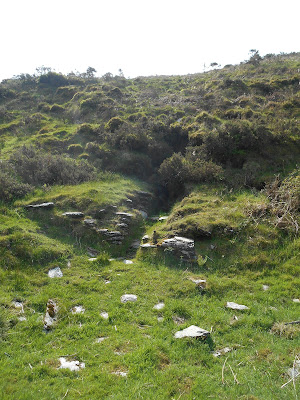 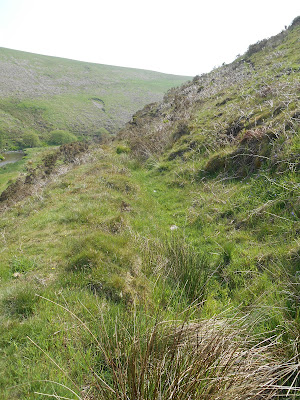 Remains of the leat leading to the water wheel 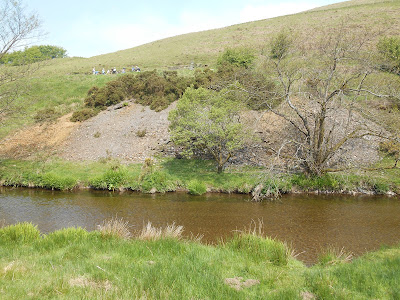 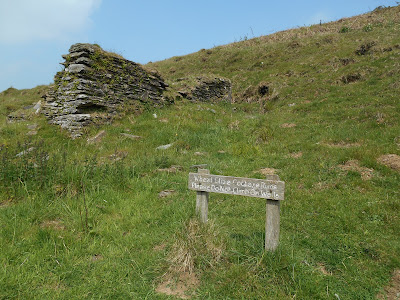 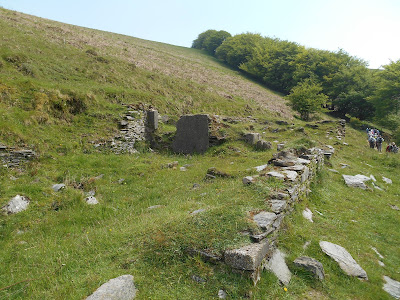 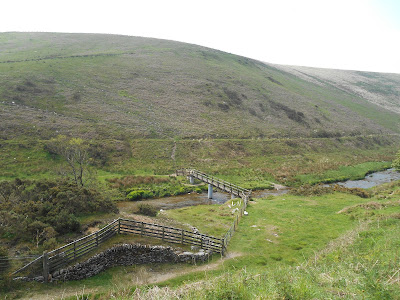 Fenced off mine shaft.  The leat can be seen on the far bank 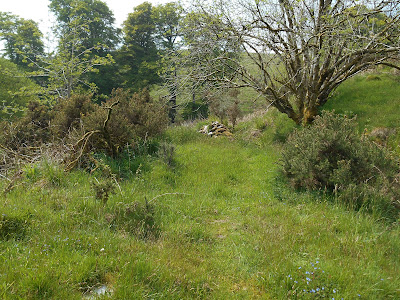 The Burgess's cottage in White Water Combe was located around here.  There are a few heaps of stones but no sign of a cottage. 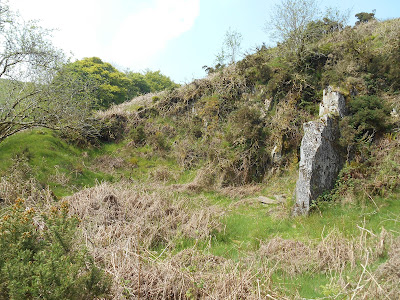 Approximate location of the Burgess's cottage in White Water Combe 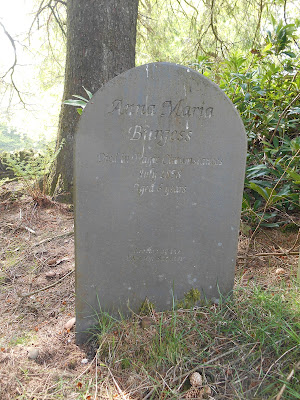