The origins and purpose of the long avenue of cedar trees to the north west of the village of Butleigh seem to be unclear. It has been suggested that it was planted to link Butleigh Court with the Hood Monument.  However its SSE/WSW alignment does not link the two places.  The avenue extends for almost a mile.  The only access to the western half is by a public footpath, which crosses the middle of the section at right angles.  On the eastern side of Sub Road, which cuts through the middle of the avenue, is a public road called Cedar Avenue at the western end and Cedar Walk at the eastern end.  The Cedar Walk section of the road does not have any cedar trees lining it.

The book Butleigh: a thousand years of a Somerset parish by The Reverend E.F. Synge (published by Butleigh PCC in 1974) devotes only two sentences to the Cedar Avenue:

"George (Neville-Grenville) was probably the planter of the cedar avenue.  At any rate the Tithe map of 1830 does not show it, though the 1854 one does."

Today the Cedar Avenue is looking worse for wear.  Some of the original trees have died and been removed.  Many of the others are well past their prime and some are clearly dying.  However a large number of replacement trees have been planted and protected with large tree guards.  I presume these have been planted by the current owners of Butleigh Court.

Butleigh Court was built in 1845 by JC Buckler for Henry Neville-Grenville on the site of an earlier house.  It became derelict in the mid-20th century but was restored in 1975 and converted into three dwellings.  It was built in the Tudor Gothic style of the local blue lias stone dressed with Bath stone. 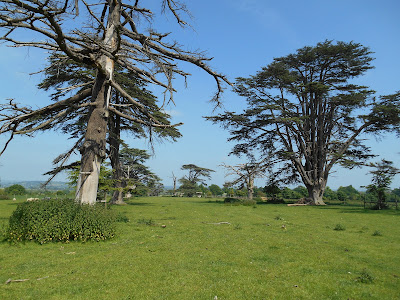 Western side of the Cedar Avenue 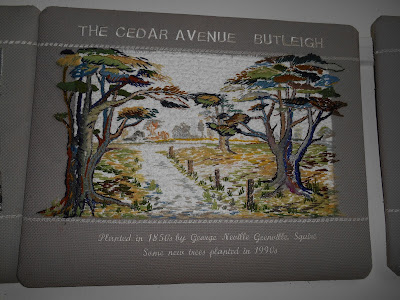 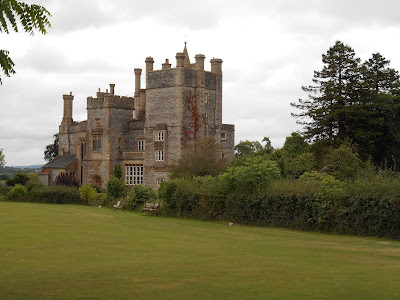 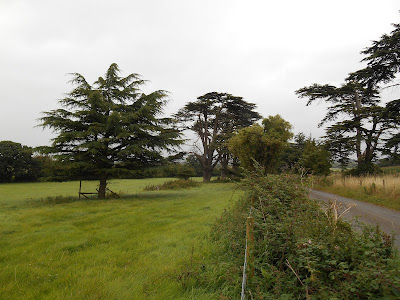 Eastern side of the Cedar Avenue
showing original and more recent replacement trees
Posted by St Kilda at 12:48