The doors at the west end of St Mary's Church in the South Somerset village of Norton-sub-Hamdon are beautifully carved and painted.  Apparently the tower of the church was struck by lightning on 29th July 1894 and badly damaged by the fire that followed.   The church was restored within a year but the new west doors were only meant to be temporary.  Finally in 1909 a local craftsman called Arthur Parkin made the permanent replacements.

The carvings are of small native creatures e.g. a squirrel, rabbit, hedgehog, mouse, fox, fish, frog and several different birds including an owl, .  There are 4 brightly coats of arms of people associated with the church in some way at the top of the doors.  From left to right these are Cardinal Wolsey, Bishop Kennion, Henry VII (the church was built while he was on the throne) and Edward VII (the new doors were installed during his reign). There is a blue ribbon, which twines across the doors and which is inscribed with the phrase "The door of life is death, and life a long returning".  No one seems to know why this phrase was chosen and I'm not sure that I know what it means.

The west doors were restored in the 1980s by a sign painter from Street called Andrew Goldworthy (not the famous sculptor Andy Goldsworthy). 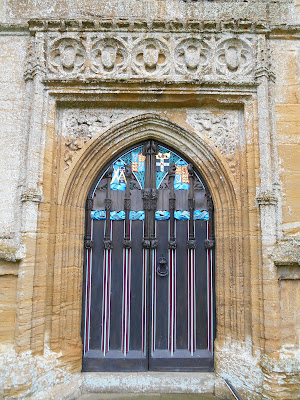 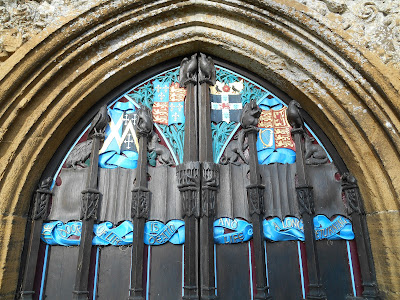 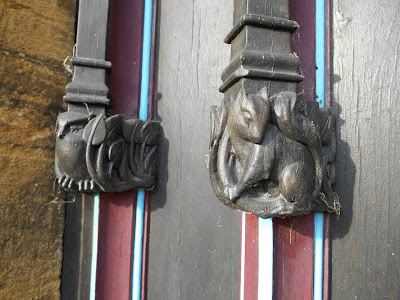 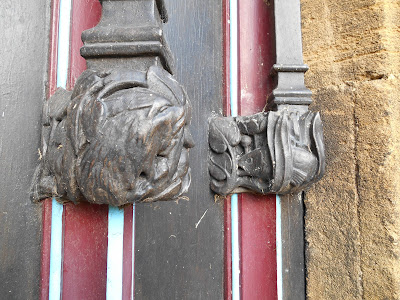 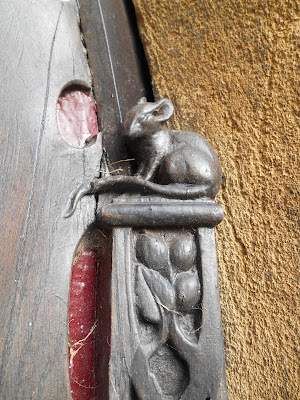 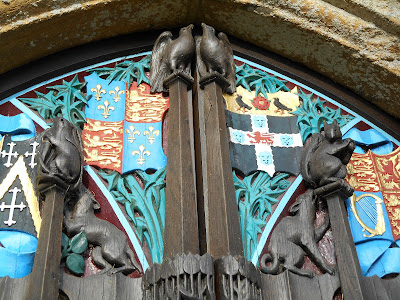 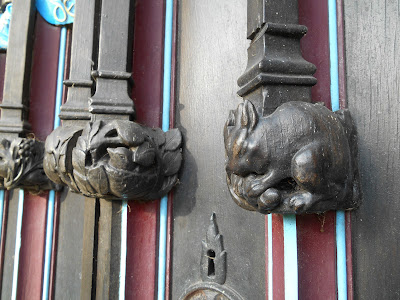