Lion Rock is located at the bottom of the west side of the limestone Cheddar Gorge behind the appropriately named Lion Rock Tearooms.

Lion Rock is a mimetolith: a natural topographical feature or rock outcrop/specimen which resembles something else - usually a person or an animal.  This word hasn't yet made it into the Oxford English Dictionary but I have come across it in several places e.g. the German soldier's head on the A9 at Slochd in the Scottish Highlands.  The Ally Sloper rock on the island of Lundy is another example.  I think mimetolith is a recently made up word comprised of the Greek words for imitator (mimetes) and rock (lithos). I'm not sure who invented the term but it is a good one that fills a gap in the English language and deserves to be made official!

Cheddar's Lion Rock resembles a crouching lion.  It has obviously been called Lion Rock for some time, as it is marked on the 1:25,000 scale Ordnance Survey map.   Grid Reference ST 466 540 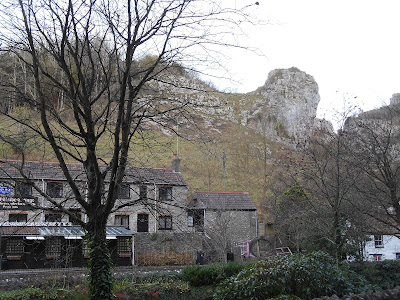 Lion Rock - it's not that clear from a distance 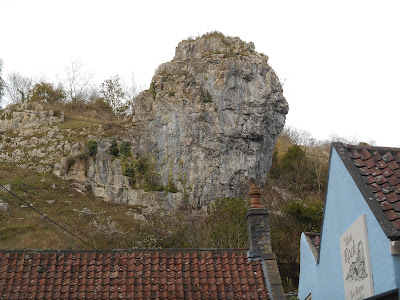 Can you see his face? 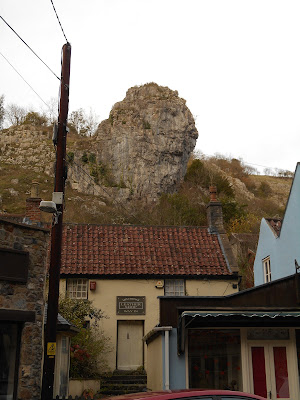 Who put that telegraph pole there!
Posted by St Kilda at 15:32