Churchyard without a Church, West Dowlish

500 metres to the south of the hamlet of Moolham, 200 metres to the west of Moolham Lane, a mile west of Dowlish Wake and bounded on 2 sides by an orchard, is a small isolated graveyard. It isn't even marked on the 1:50,000 scale Ordnance Survey map, although it is marked on the 1:25,000 scale Explorer map.  There is no sign of a church.  The graveyard contains a dozen or so old graves and about half a dozen more recent ones, including those of Baron Peter Pilkington of Oxenford and his wife Helen, who died in 2011 and 1997 respectively. 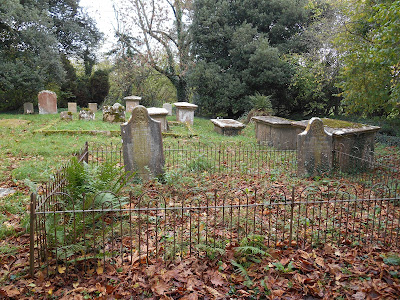 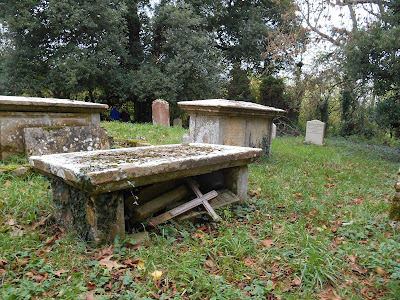 I did wonder if the occupant of this tomb had escaped!
Posted by St Kilda at 14:43