The Children of the Great War memorial mosaic is located in the Jubilee Gardens in West Street, Wiveliscombe.  8 panels of 12 decorative tiles, plus 22 activity tiles and 8 haiku are displayed on a post, which is over 7 feet high. They tell the story of the Home Front in the Wiveliscombe area during the First World War.

In 2014 the project to create the memorial was awarded £10,000 by the Heritage Lottery Fund.  Wiveliscombe Primary School children researched the history of their town and its residents during the First World War by visiting the Somerset Heritage Centre, the Museum of Somerset, the churchyard of the parish church, by talking to residents of a local care home and by doing research online.  Local artists Jo Dove and Sara Fairfax worked with 40 Wiveliscombe children to create the tiles using the sgraffito method.  The children also each wrote a haiku, some of which are included in the mosaic.  The mosaic was unveiled on 24th September 2016.

Examples of the haiku:

During the First World War some of the farms around Wiveliscombe were used as temporary accommodation for thousands of mules, which were imported from Portugal, Ireland and North & South America to be used on the Western Front to transport food supplies, artillery and wounded soldiers.  They arrived at the port of Avonmouth and were sent by train to Wiveliscombe. They were then led through the town to nearby farms at Lambrook, Culverhay, Maundown and Whitefield.  They were allowed to rest and recover from their sea voyage for a few days before being broken into harness and trained for war work.  They were then sent by train and boat to the Western Front.  There were also mule training depots located in the Minehead and Keynsham/Saltford areas.  The 8 main panels on the mosaic tell the story of the mules' journeys.

The 22 activity tiles are displayed on the sides of the memorial.  These represent the activities that the children of Wiveliscombe would have undertaken to support their families and their community during the First World War e.g. harvesting apples, potatoes and conkers; queueing for food; knitting scarves and socks; delivering milk; feeding chickens; trapping rabbits for food and chopping wood. 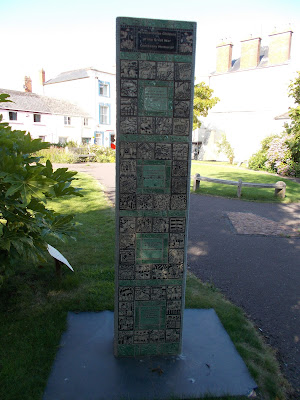 Back of the memorial mosaic 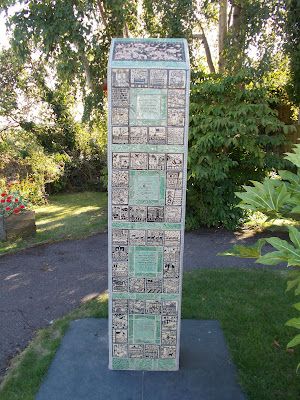 Front of the memorial mosaic 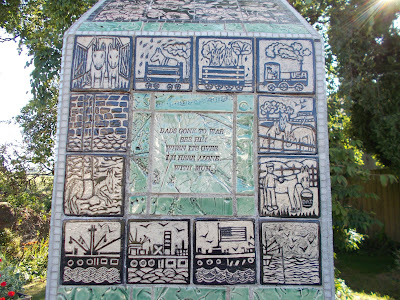 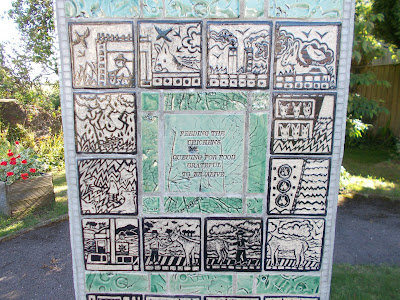 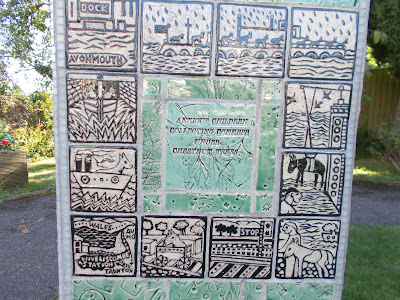 The mules arrive in Avonmouth and travel by train to Wiveliscombe 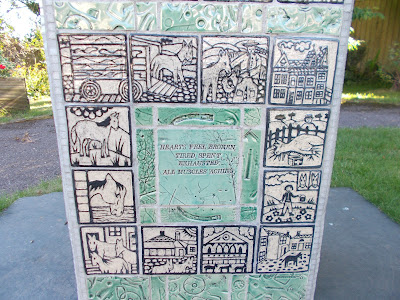 The mules recover in Wiveliscombe after their long sea journey 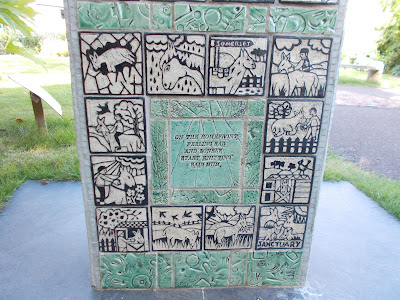 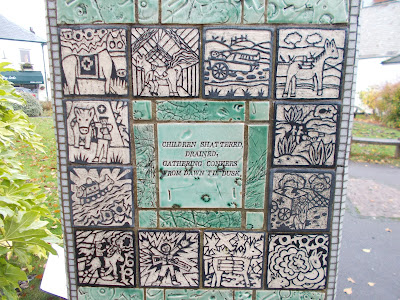 Mules on the battlefield 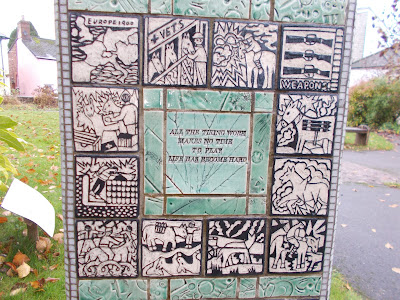 Mules at work during the First World War 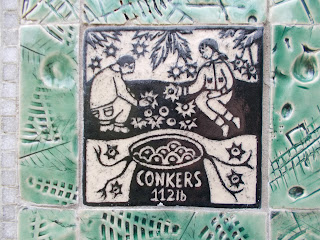 Activity tile - collecting conkers
The conkers were used to produce acetone, which was needed for the manufacture of cordite. 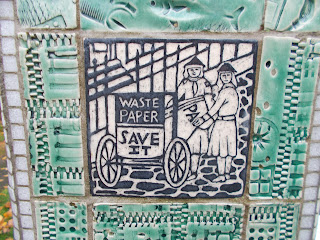 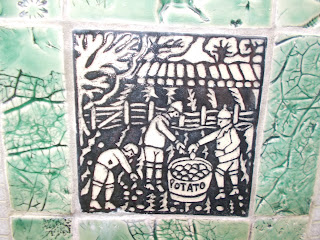