There is a Baptist burial ground located in an isolated position off Ham Hill Road at Five Ashes, which is half a mile to the north west of the village of Odcombe.

The burial ground is said to have been established in 1606 but the first internment recorded there was in 1720.  The land for the burial ground was given by Mrs Miller.  She lived in Odcombe and was the mother of John Miller, who was the second pastor of Yeovil Baptist Church.  At this time Nonconformists could be refused burial in the churchyards of parish churches.

In 1774 the family of James Kiddle, who was the 3rd pastor of Yeovil Baptist Church (1721-1751), gifted an adjoining piece of land, which enabled the burial ground to be extended.  The Kiddle family were related to the Millers and had acquired the land around the burial ground from them.  In 1809 the Kiddle family gave another piece of land, so that the burial ground could be extended again.   It was enclosed by a high wall made from Ham stone blocks either at this time or possibly in 1868.   There is a pedestrian gateway on the south east side with iron gates. These are now kept locked.

The burial ground contains six 18th century headstones, three of which have angels carved in relief on them.  In 1981 volunteers from the Yeovil Archaeological and Natural History Society recorded all the memorial inscriptions in the burial ground.  At this time 46 of the gravestones were legible and there were a few that were unreadable.  They noted that the earliest inscription transcribed was from 1740 and the most recent was from 1964. 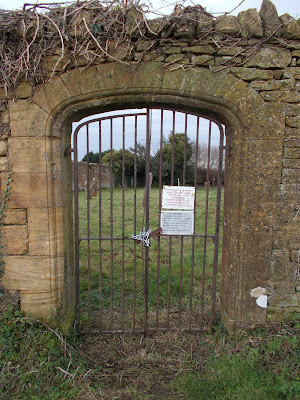 Gateway to the Baptist burial ground 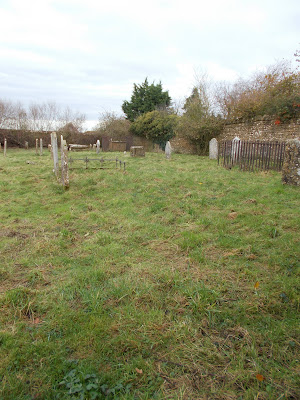 Inside the Baptist burial ground 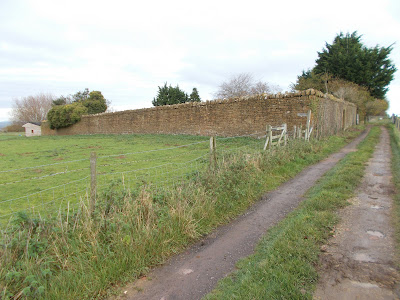