From the 8th century onwards in England a tenth of every farmer's produce had to be given to the local church to pay for its upkeep and the wages of the rector.  This was known as a tithe.  Tithe barns were constructed in the Middle Ages to store the collected grain and hay. Many were owned by and located close to monasteries or their granges (outlying estates).  They were often large timber framed aisled barns with stone walls.  Somerset has a surprisingly large number of surviving tithe barns. However not all the barns that have survived and are today called tithe barns, were actually originally used to store tithes. Some of them were the barns of large estates, which also needed big barns to store their grain.

The barns in Somerset, which are known as tithe barns include:
Many of the surviving barns have now found other uses as village halls, museums, or wedding venues.

At Haselbury Mill between Crewkerne and the village of Haselbury Plucknett, a new "tithe barn" was constructed in a traditional style in 2008 to be used as a wedding venue. 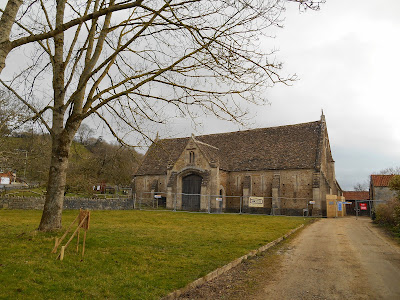 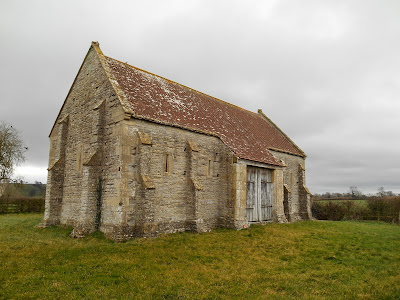 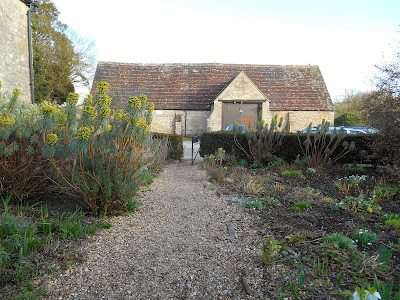 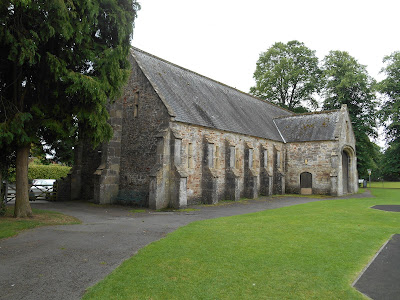 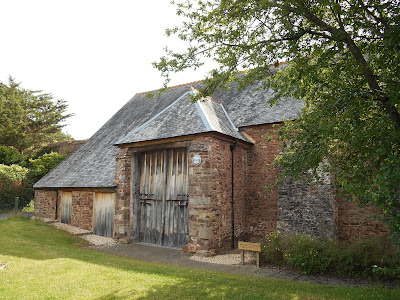 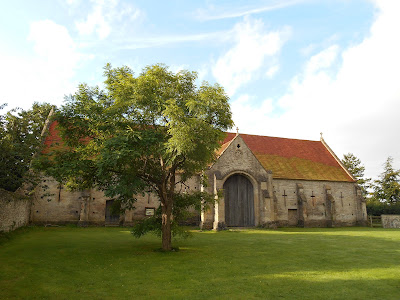 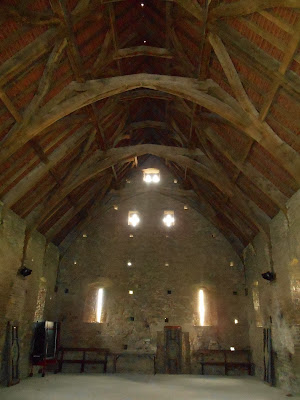 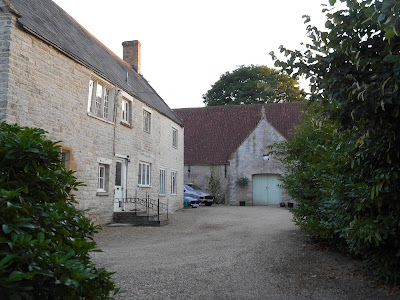 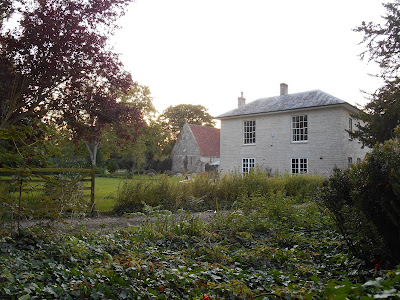 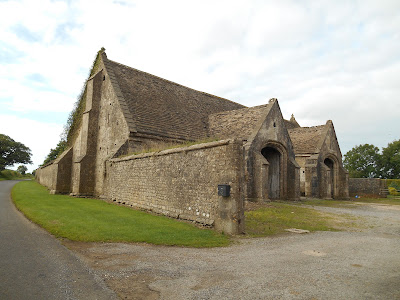 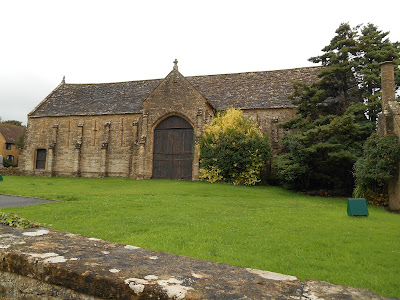 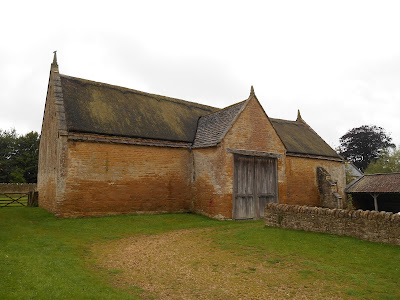 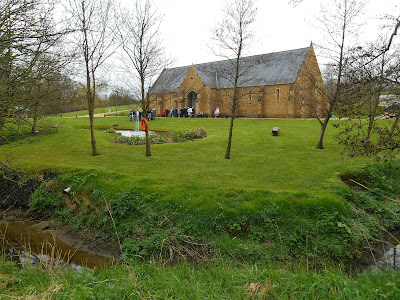 Haselbury Mill's new "Tithe Barn"
There was a wedding in progress when we walked past it on the River Parrett Trail on Good Friday 2015. 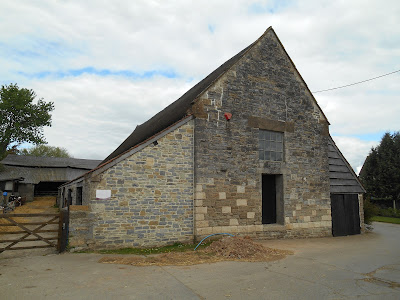 Slough Court, Stoke St Gregory
This is the only view you can get of the tithe barn from the public footpath. 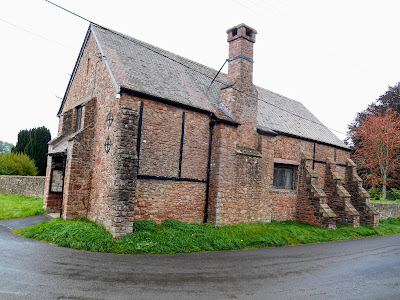 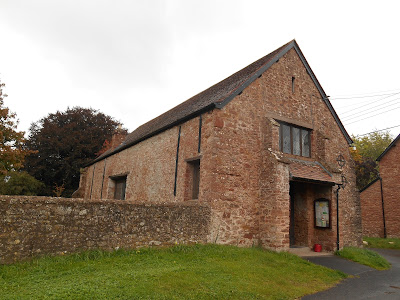 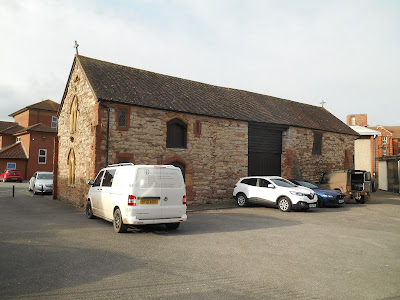 Priory Barn, Taunton
This barn is the only surviving building of Taunton's Augustinian Priory, which was founded c1120 .  The barn was probably built in the late 15th or early 16th century but may have incorporated earlier materials.
Posted by St Kilda at 15:12