Sheela na gigs are semi-erotic stone carvings or sculptures of female figures standing or sitting in such a way that their genitals are on display.  The figures are  always distorted or grotesque and sometimes comical.  They are mainly of old women or hags. The term sheela na gig is possibly from the Irish meaning "the hag of the breasts" or "the old woman squatting".

They are most often found on churches, which seems a rather unlikely place to find them, but also occasionally on secular buildings such as castles.  They are found all over Britain and Ireland on Norman or Romanesque churches.  They are more common in Ireland than elsewhere. They are also found in France and Spain.  In some cases they are older than the church they are currently displayed on, as they were removed from earlier buildings.  They were probably originally symbolic representations of the sin of lust or possibly fertility symbols.  Later on in some areas they were viewed as protective icons to drive away the devil.

In Somerset there are sheela na gigs displayed on the outsides of the parish churches in Fiddington, Stoke-sub-Hamdon and Clevedon.  There is also one at Donyatt on the Manor House but this is not accessible to the public.

St Mary's Church at Stoke-sub-Hamdon may have two sheela na gigs.  Both are corbels - one on the front of the church to the left of the main entrance door on the north side of the church and one round the back on the south side.

The sheela na gig at St Martin's Church at Fiddington near Nether Stowey is found on the south wall of the church to the right of the door.

The carving on a corbel at St Andrew's Church in Clevedon may or may not be a sheela na gig.  It is located to the right of the main entrance. 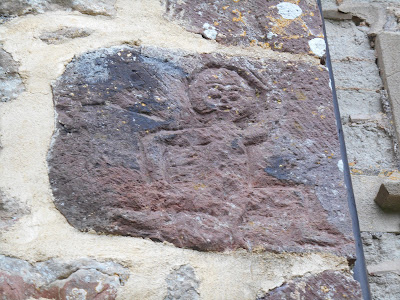 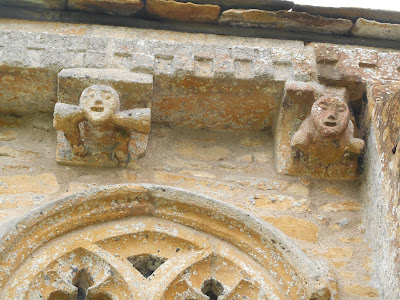 St Mary's Church, Stoke-sub-Hamdon - the sheela na gig is on the right of the photo 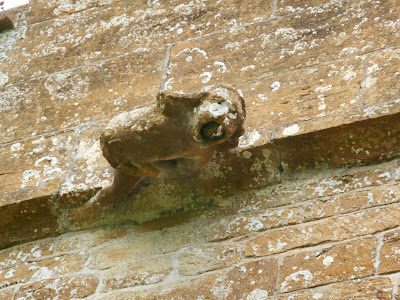 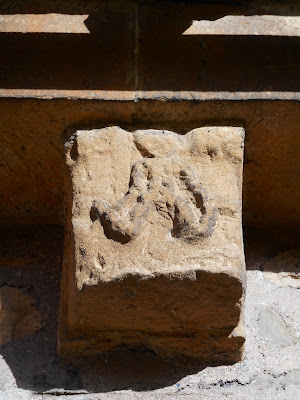