As you climb up the South West Coast Path from Porlock Weir to Culbone Church, you pass through two short tunnels.  These were once part of the grand Italian garden at Ashley Combe House.  The house was originally built in 1799 as a hunting lodge.

Lord Byron the poet and his wife Annabella Milbanke had a daughter called Augusta Ada (known as Ada) who was born in 1815.  In 1816 Annabella left Lord Byron and Ada was brought up solely by her mother, who was particularly interested in mathematics.  She ensured that Ada was schooled in maths and science.  In 1833 Ada was introduced to Charles Babbage, who was Professor of Mathematics at Cambridge University.  He showed her his calculating machine, the 'Difference Engine'.

In 1835 Ada married William King, who was later created the 1st Earl Lovelace.  He owned Ashley Combe House and using some of the considerable fortune that Ada brought with her, he enlarged and improved Ashley Combe House and developed the gardens, both in the Italian style.  The tunnels were constructed so that tradesmen could approach the tradesmen's entrance of the house without being seen by the residents of the house.  A clocktower was added to the house in 1837.

The gardens were a series of terraces linked by spiral staircases.  A large number of trees were planted and a woodland walk was developed with a series of steps leading down to the sea where a bath house was built into the cliff, so that Ada could bathe in private.  The terraces were known by the family as the 'Philosophers' Walk' because it was here that Ada and Charles Babbage are reputed to have walked while discussing the mathematical principles behind the 'Difference Engine'.

Although the 'Difference Engine' was not finished. Babbage began work on another calculating machine, which he called an 'Analytical Engine'.  He gave an account of his work on it at a seminar in Turin in 1840.  In 1841 the Italian Louis Meanbrea published a report on the 'Analytical Engine' in French, which Babbage asked Ada to translate into English.  Ada added her own extensive notes to the translation and it is for these notes that Ada is best known.  Her notes included what is regarded to be the world's first computer program.

Ada and William had three children: Byron, Annabella and Ralph Gordon.  Their main home was at Ockham Park in Surrey but they used Ashley Combe House as their summer retreat.  In 1852 Ada died of cancer.  She was buried next to her father in the parish church at Hucknall in Nottinghamshire.  The youngest son Ralph inherited Ashley Combe House.  His wife Mary (nee Wortley), who was a trained architect,  planted more trees and redesigned the gardens, the main house and the estate cottages with the assistance of her friend Charles Voysey, who was an architect in the Arts and Crafts style.

In 1939 Ashley Combe House was leased to Dr Barnardo's and they used it as a nursery during the Second World War.  In 1950 it became a Country Club but it developed a dubious reputation and was closed after a few years.  The house fell into a state of disrepair and was demolished in 1974. 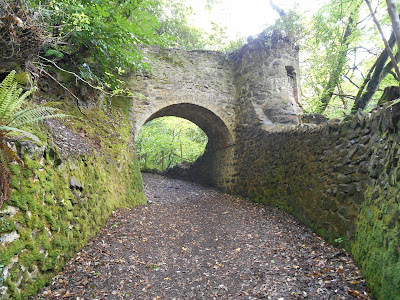 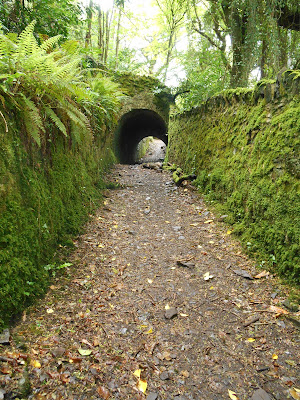 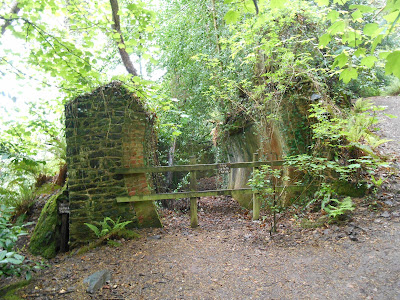 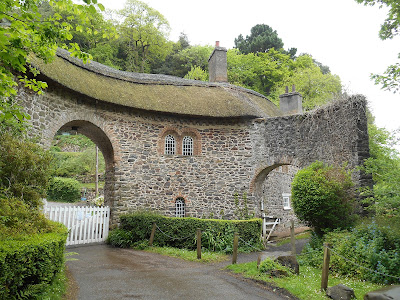 Ashley Combe Lodge, now the Toll House for the Worthy Toll Road
It was built in the late 19th century in the Arts and Crafts picturesque style.
Posted by St Kilda at 14:58