On 29th October 1942 a US Air Force Liberator plane crashed on Porlock Marsh having clipped the top of Bossington Hill in poor weather conditions: rain and low cloud.  There were 12 crew men on board but was only one survivor: Staff Sergeant H B Thorpe. The Liberator, which was working for RAF Coastal Command,  had taken off at 7.20 am from Holmsley in Hampshire on a routine U-boat patrol mission over the Bay of Biscay.  On its return journey, at about 3.30 pm, it crashed in West Somerset.  The memorial was erected by the British Legion in 1945 and was originally situated on the coast at the back of the shingle ridge but was moved inland in 2006, so that people could access it more easily.  It is now located on the South West Coast Path at grid reference SS 881 476.

My thanks to Stan for taking the photos below for me. 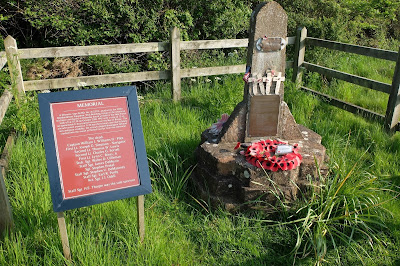 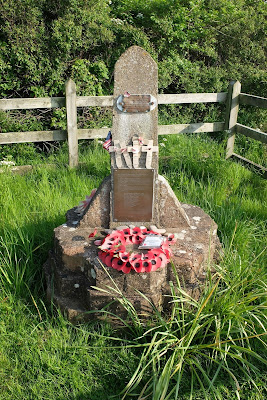 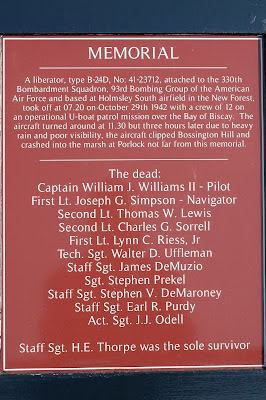 Memorial Plaque listing the names of those who died
Posted by St Kilda at 16:37