The Burton Pynsent Monument stands on Troy Hill at the top of a steep slope overlooking the levels of West Sedgemoor to the north.  The monument, which is 42 metres high, was designed by Capability Brown for William Pitt the Elder and built by local builder Philip Pear in 1767.  It commemorates Sir William Pynsent, who died in 1765.  Sir William Pynsent, whose only son had predeceased him, left his Burton estates to William Pitt in his will in gratitude for Pitt's opposition to a government tax on cider in 1763. There is no record of Sir William Pynsent ever having actually met William Pitt.

The monument, which is located 700 metres to the north west of Burton Pynsent House, is also known as the Cider Monument;  Parkfield Monument; Burton Steeple or Tower; Pynsent Steeple, Column or Tower.  It was built mainly with local stone but was faced with Portland stone. It was restored in the 1990s by the John Paul Getty Trust and English Heritage.

There is a possibly apocryphal story about a cow who walked up the stairs on the inside of the tower three times.  On the first two occasions she was coaxed back down but on the third occasion she fell off the viewing platform and was killed. Another version of the story says that the cow only ascended the tower once but it proved impossible to turn her round at the top, so she was killed and decapitated, so she could be brought down in pieces. 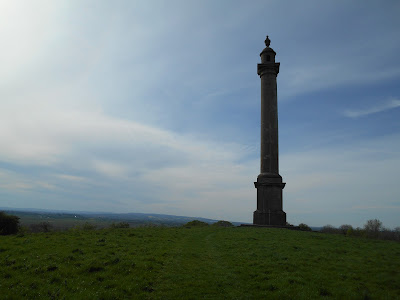 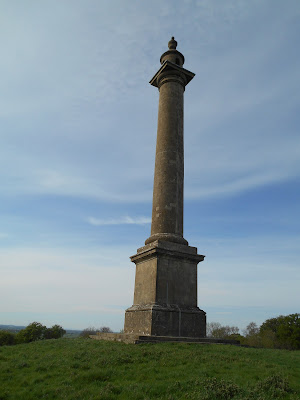 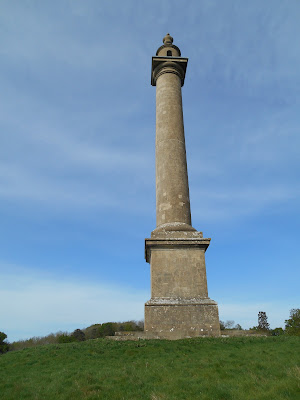 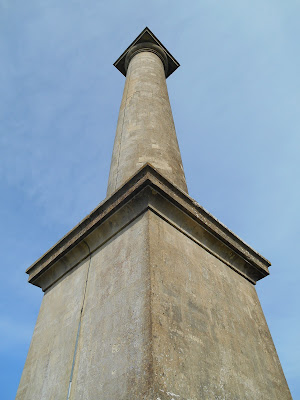