There are various theories about why some signposts were historically painted red:
However if either of these theories was right, wouldn't red posts be much more common than they are?

There are 3 red signposts that I am aware of in Somerset:
There is also a Red Post Cross on the A372 to the south of the village of Kingsdon. However there is no longer a red signpost there.

A few other places, mainly in the West Country, also have red posts:

Dorset has three red posts:
Cornwall has one - It is located on the A3072 between Stratton and Holsworthy.

London has one in Dulwich.

Devon has a crossroads named Red Post Cross but there is no longer a red post there.  It is on the A381 between Totnes and Ipplepen.

The only Somerset red post that is painted entirely in red with white lettering is this one on a quiet narrow lane between Chard and Wambrook: 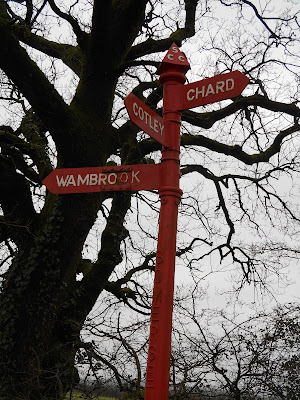 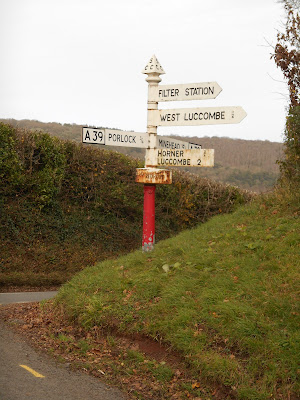 Red Post at the turning off the A39 for West Luccombe
This one could do with repainting. 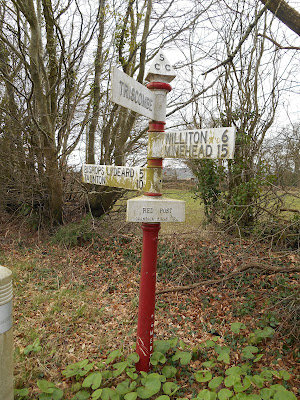 Red Post near Crowcombe Heathfield
This one could do with a clean! 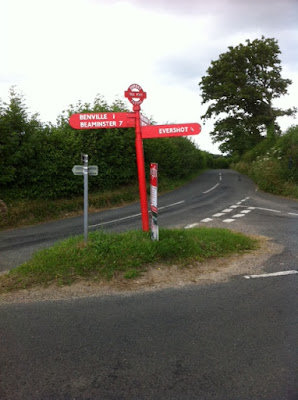