On 22nd November 1945 a Liberator aircraft took off from RAF Merryfield near Ilminster carrying soldiers on their way to India. However it was a foggy day and it failed by a few metres to gain enough height to clear the top of the Blackdown Hills and crashed at Hare Lane near Castle Neroche in Buckland St Mary parish.  All 22 passengers and 5 crew on board were killed.

Four of the crew, including the pilot, were Polish and on top of the memorial stone, which according to the Somerset Historic Environment Register is a recycled old boundary stone, is a faint carving of what appears to be an eagle.  I could make out what look to be wings but not much else.

Wings over Somerset: Air Crashes since the end of World War II: Peter Forrester. The History Press, 2012 (The entry for the Hare Lane crash in this book includes the names of all those who died) 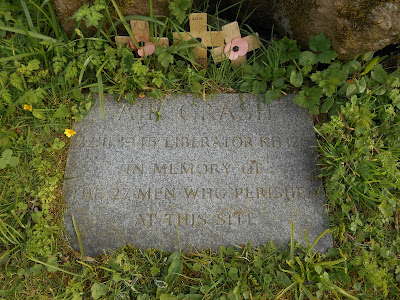 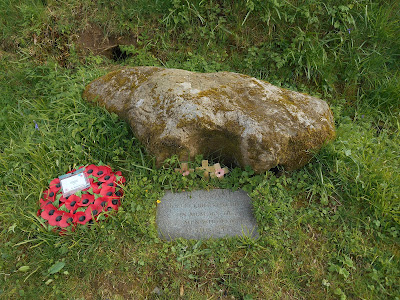 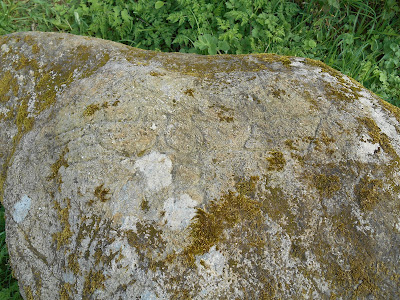 Eagle carving on the top of the memorial stone 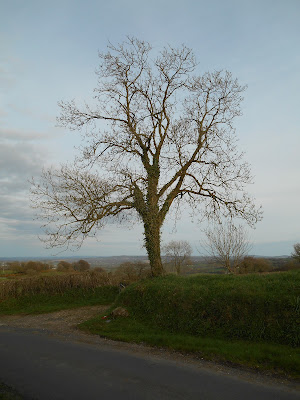 Ash tree behind the memorial
Posted by St Kilda at 15:33