The Devonian rocks of the Quantock Hills contain some metal ores. These are mainly copper but there is also some iron, lead and silver. Exploratory pits and shafts were dug at a variety of places on the Quantocks, including around Broomfield, on Aisholt Common, at Wills Neck, Cothelstone Manor, Alfoxton Park, Halsway Manor, Black Hill and Woodlands Hill.

Copper mining started in Dodington parish before 1712.  At various times miners from Derbyshire and Cornwall were employed there.

In 1762 the Dodington Estate was inherited by the Marquis of Buckingham, who also had mining interests in Cornwall.  From the 1786-1801 copper was regularly mined around Dodington.  Several adits (e.g. Garden Mine, New Hall Mine and Dodington Mine) were dug but not all were worked. Some of the copper was shipped out through the port at Combwich but the mines proved uneconomic and production had ceased by 1801.

Miners were employed again by Thomas Poole of Nether Stowey from 1817-1821.

A ruined engine house survives called Beech Grove.  However its location to the south of Dodington Hall is not near a public right of way and according to the Somerset Historic Environment Record the engine house is in a very ruinous state.  It was built by Thomas Poole between 1817 and 1820 on the site of earlier workings. It housed a Boulton and Watt single action beam engine. The engine was moved to Glebe Shaft Engine House, possibly in 1820.

Sump or Glebe Shaft Engine House was built in 1820, also by Thomas Poole. It isn't on a public right of way but it is clearly visible over the top of the hedgerow in a field about 100 metres east of an unclassified road, which runs from the Counting House crossroads on the A39 north to Stringston. The overgrown remains of another building can be seen on the field side of the hedge close to the road.  This mine had a very short life and closed in 1821.

The Counting House, which is located at Counting House Crossroads on the road that leads south up to Walford's Gibbet, was the headquarters of the Marquis of Buckingham's mine company.

Men and Mining on the Quantocks - J.R. Hamilton and J.F. Lawrence. Town and Country Press,1970. 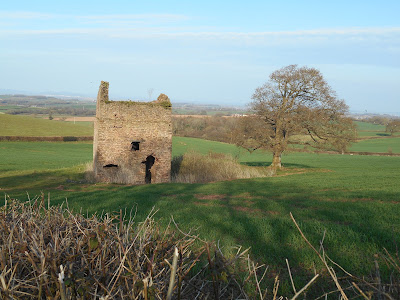 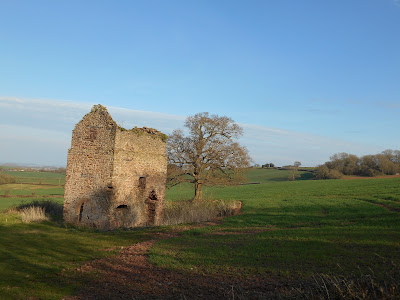 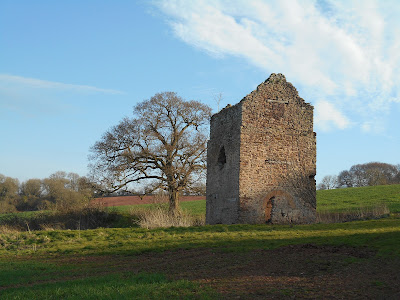 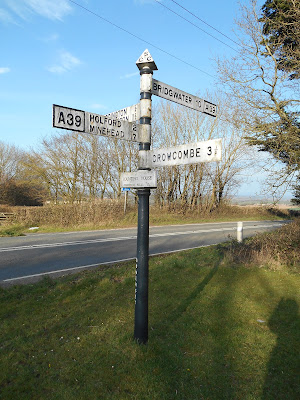 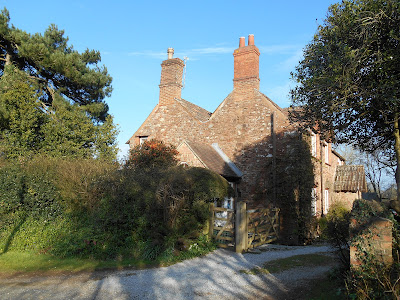