Trinity Close is a small cul-de-sac in Burnham-on-Sea.  Unremarkable for 11 months of the year, for the whole of the month of December it is lit up.  The tradition was started by Nick and Hazel Gardner in 2001. The aim is to raise money for local charities and over the years more than £60,000 has been raised.  The homes in the close are decorated with over 100,000 lights.  When I visited in December 2014 only one of the houses in the close had no lights at all.

The photos below were taken in December 2014. 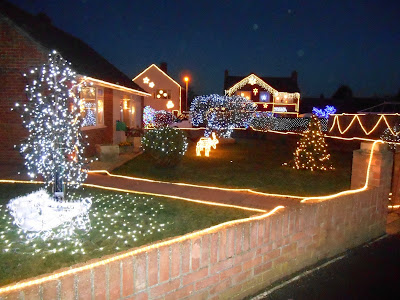 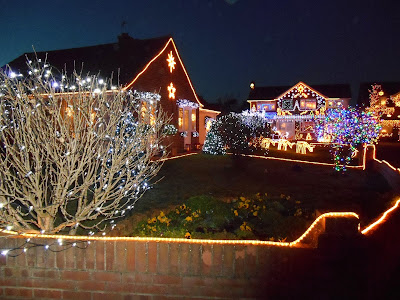 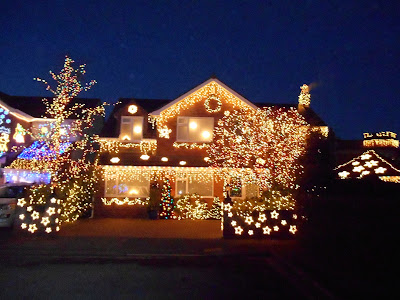 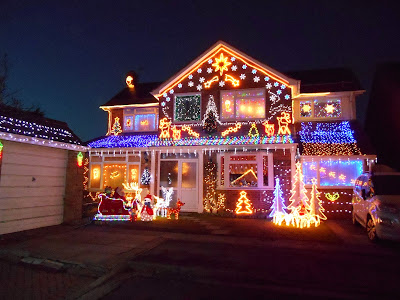 The most colourful house 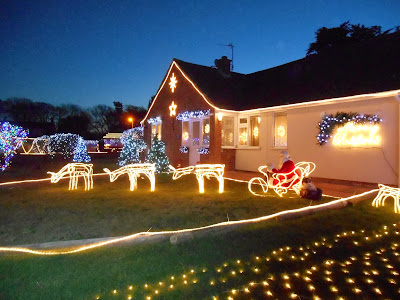 Santa and three of his reindeer 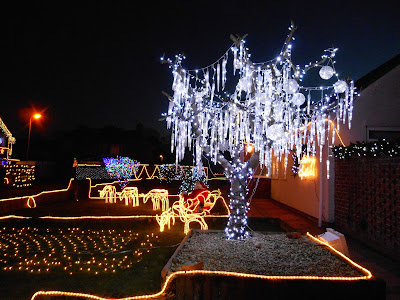 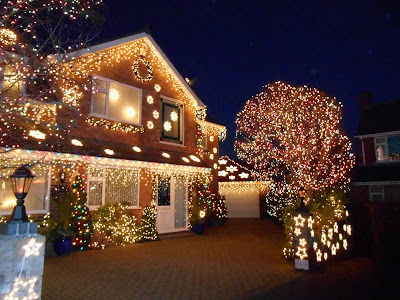