In Horner Woods in West Somerset there is a footpath called Cat's Scramble, which leads uphill in a southerly direction from the village of Horner.  Under a large tree (possibly a pollarded oak) above the path, there is a large horizontal inscribed stone with the following words on it:

Judith (Judy) Allan Pilcher was born in Somerset on 14th September 1919.  While she was working as a Land Girl in 1940, she met Captain Robin H.W. Dunn.  He had been posted to Minehead after returning to England via the Dunkirk Evacuation in May/June 1940.  Judy and Robin got married in All Saints' Church, Selworthy in August 1941.  They had two daughters and a son together.  Robin Dunn was appointed QC in 1962, knighted in 1969 and appointed Lord Justice of Appeal in 1980.  He was also on the committee of the Devon and Somerset Staghounds.  Judy died on 17th August 1995 and is buried at All Saints Church in Selworthy.   I presume Horner Woods was one of her favourite places, which is why her memorial stone is located there. 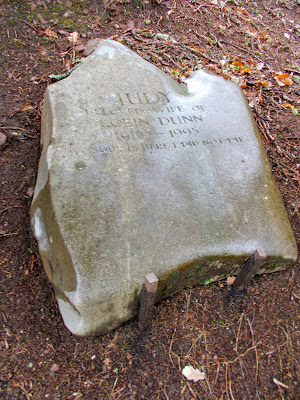 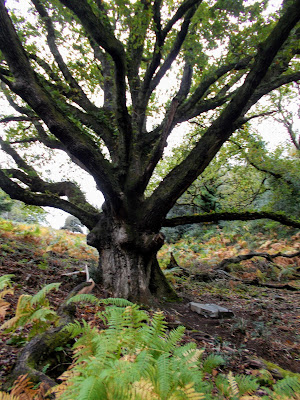 Memorial stone under the tree 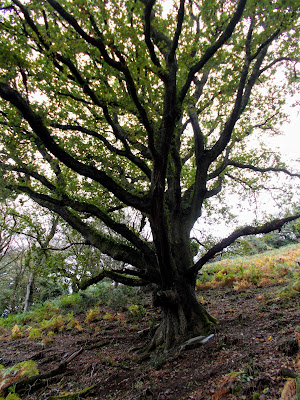 Tree with memorial stone underneath