While walking on the Quantock Hills and Exmoor I have seen many live deer over the years.  However this blogpost is dedicated to artistic representations.  These are the ones I have come across so far:﻿ 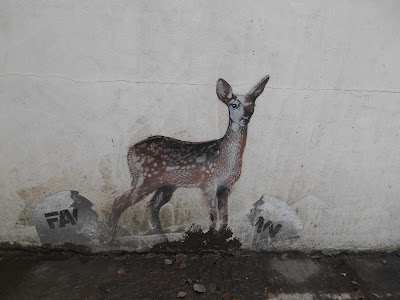 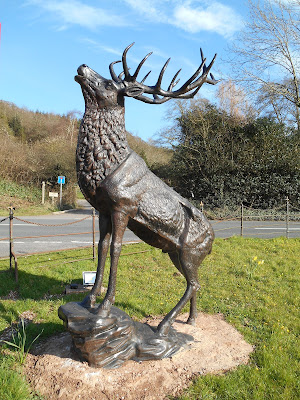 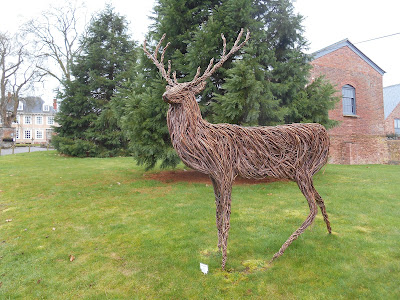 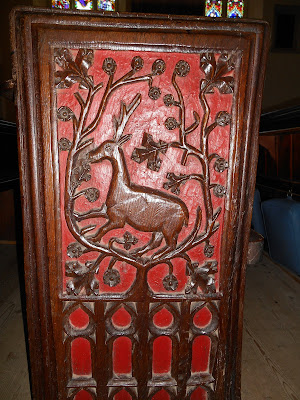 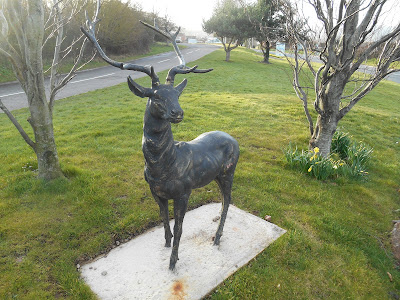 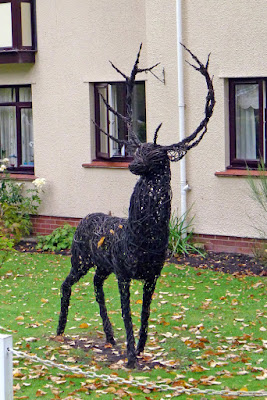 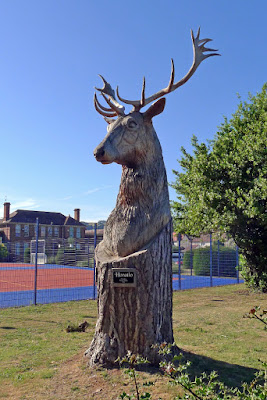 Horatio
This stag, who is called Horatio, can be found in the grounds of Minehead Middle School in Ponsford Road.  He was carved with a chainsaw in the summer of 2016 by Matthew Crabb, who is a former pupil of the school and is now a renowned chainsaw artist.  The sculpture is 10 feet tall and was commissioned to celebrate the launch of the West Somerset Academies Trust. 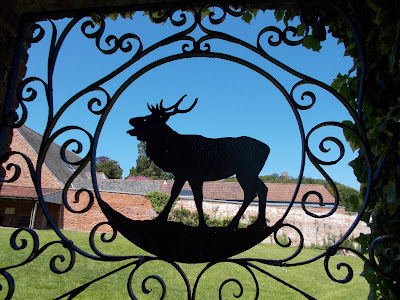 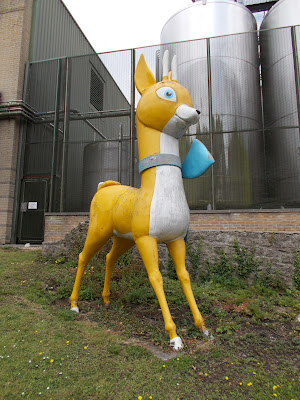 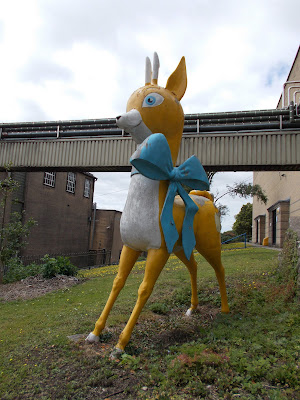 Babycham is a light sparkling perry launched in the UK by Francis Showering in 1953 and first produced at Showerings Cider Mill in Shepton Mallet.  It was a particularly popular drink in the 1960s and 1970s and a chamois goat/antelope logo was used to market it.  The Babycham brand is now owned by an Australian company: Accolade Wines.
Posted by St Kilda at 13:38