From 1906 to 1939, the Automobile Association erected nearly 30,000 signs in towns and villages across Britain. As well as giving the name of the town or village in which they were situated, they also gave the distances to the nearest towns or villages and to London.

The first sign to be erected was on the Great North Road at Hatfield in Hertfordshire.  Designs of the signs varied over time but they were always yellow and black in colour and circular.

Most of the AA signs were removed during the Second World War when signposts across Britain were removed to confuse the Germans in the event of an invasion.  By 1945 only about 600 were left and today there are only around 65 still in place in England and Wales. Many more have survived in museums and private collections.  It is also possible to buy replica signs (if you have £290-£470 to spare) and I think that at least one of the ones I have spotted in Somerset is in fact a replica.

I have spotted original signs in Halse, Pitney, Stawell, Milverton and Clapton and a replica sign in Stembridge.  I have seen photos online of signs in Muchelney and Staple Fitzpaine.  However I have not noticed these when I have been in these villages and cannot see them on Google Street View and presume they have been removed in the last few years.

As you drive into Winsham on the B3162 from Chard there is a very rare Somerset Automobile Club sign asking you to "drive slowly".  There was an identical sign on the southern outskirts of the village but it wasn't there when I visited in February 2018.  I think I could see the post to which it was attached.  I don't know if it has been stolen or taken down for repair.  36 of these privately financed signs were apparently accepted by Somerset County Council in 1907 and one was ordered by Chard Rural District Council for Winsham in 1911. They were cast by W. and F. Wills, Engineers of Bridgwater.  Apparently the reverse side says "thank you", although you can't see the back of the sign I photographed due to the hedge growing immediately behind it.  I have subsequently  photographed three other Somerset Automobile Club signs in Ashill, Freshford and North Street, Stoke sub Hamdon. 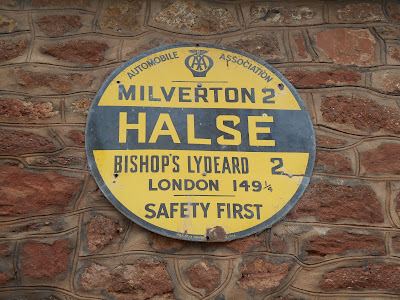 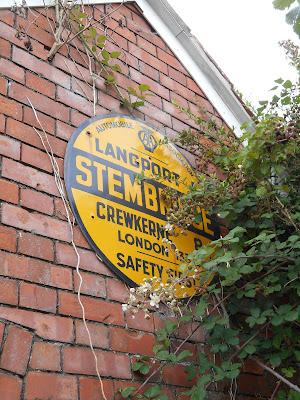 Stembridge - I think this is a replica 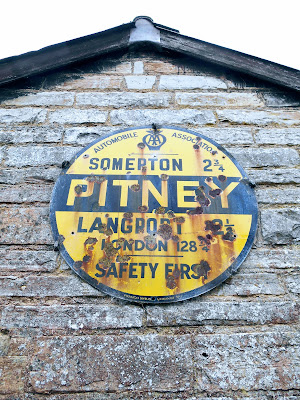 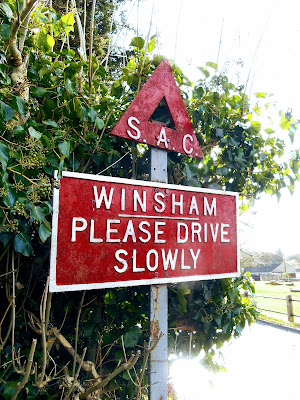 Rare Somerset Automobile Club Sign on the north side of Winsham 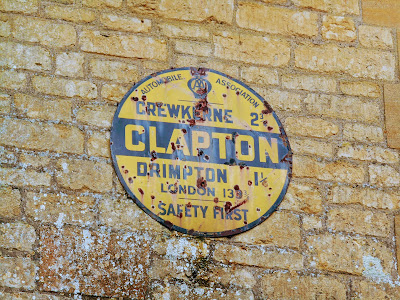 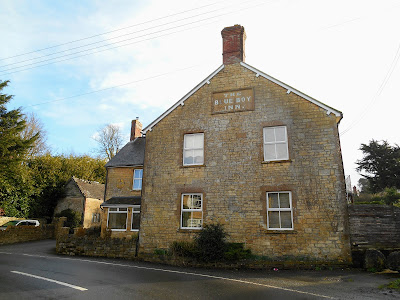 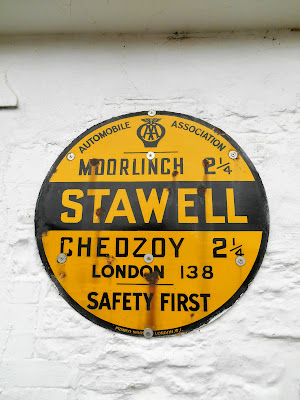 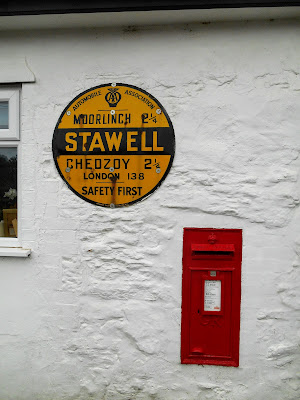 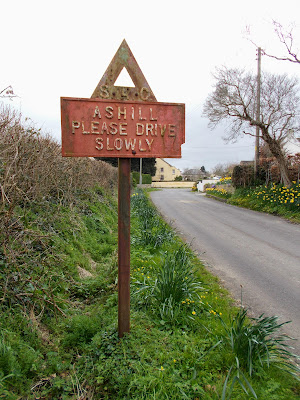 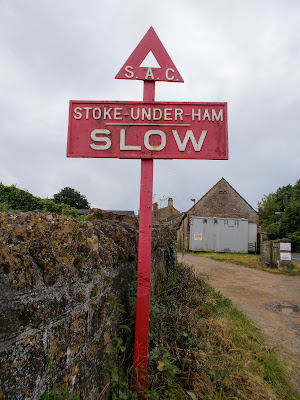 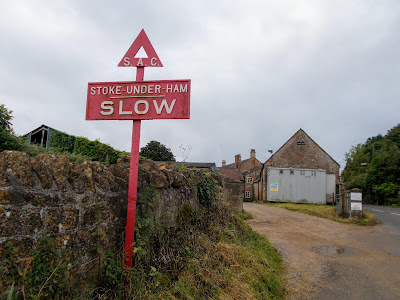 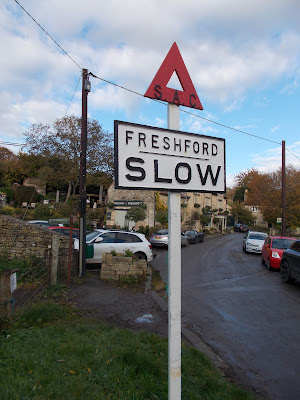 SAC sign near the bridge over the River Frome in Freshford 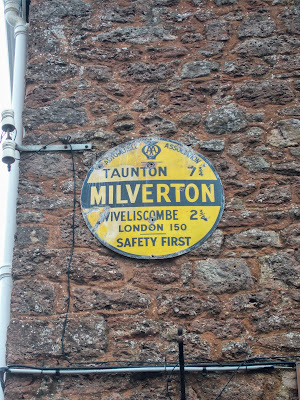 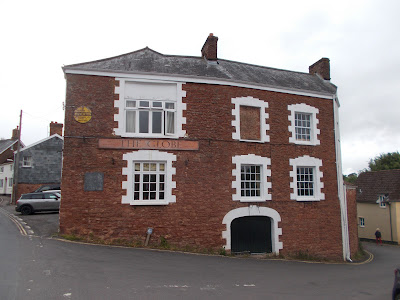 AA sign on The Globe pub in Milverton
Posted by St Kilda at 14:37