Milestones and mileposts are stones or short pillars set up at the roadside indicating the distance in miles from that point to a particular place or places.  The first milestones in England were erected by the Romans, who constructed good metalled roads to enable them to move soldiers and supplies quickly across the country.  They measured out distances to assist with timing and efficiency and marked every 1,000 double paces with a large cylindrical stone. 117 of these stones still survive in the UK, although most of them are no longer in their original locations. The Latin word for thousand is ‘mille’ and the Roman mile was 1618 yards long. In England the statute mile of 1,760 yards was defined by Act of Parliament in 1593 but various other miles continued in use in many parts of Britain until the 19th century.


In 1697 an Act of Parliament enabled Justices of the Peace to order the erection of inscribed waymarkers known as guide stoops, guideposts or direction stones at the intersection of paths in remote moorland areas.  These stone guide stoops, which often resembled farm gateposts, pointed the way to the nearest market town.


From the late 17th century to the 1840s Turnpike Trusts were set up by Acts of Parliament to improve the state of Britain’s roads, which often became impassable in the winter months. Local groups of wealthy people paid for improved roads to be built and then charged people tolls for using them. The turnpike milestones of the 18th and early 19th centuries used statute miles. At first these milestones were made of stone or were engraved in walls of buildings but the later ones were made of cast iron. After 1767 milestones were compulsory on all turnpike roads to inform travellers, to help coaches keep to schedules and for the calculation of charges for the changes of horses at coaching inns.


Most milestones and mileposts were removed or defaced at the beginning of the Second World War to confuse the Germans in the event of an invasion and not all were replaced afterwards.  Some have been demolished more recently during road widening schemes and others have been damaged by vehicles colliding with them or by hedge cutting equipment.  However several have survived in Somerset. 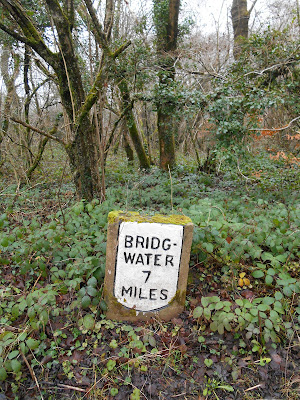 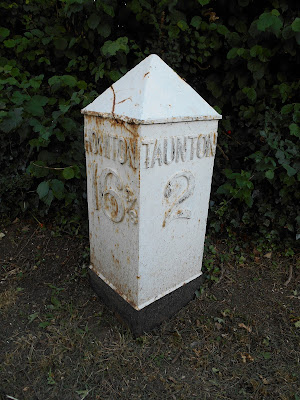 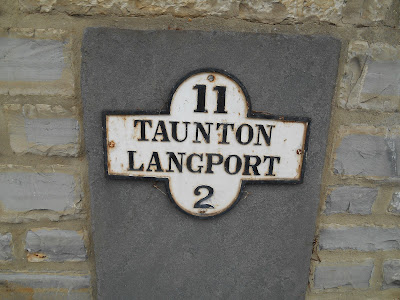 Cast iron sign mounted on a wall in Curry Rivel 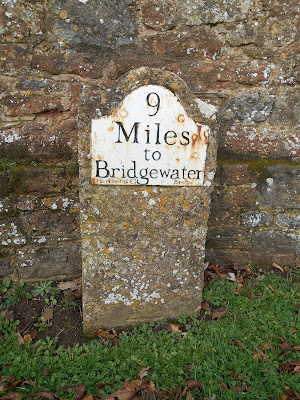 Bishops Lydeard
(it's a shame they couldn't spell Bridgwater!) 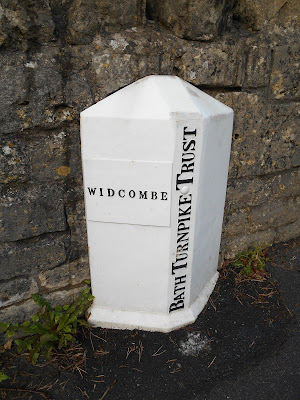 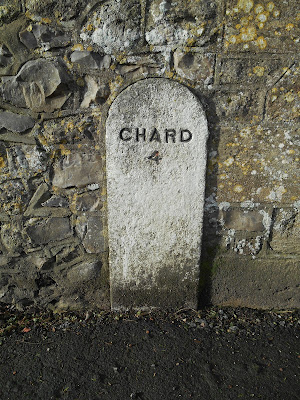 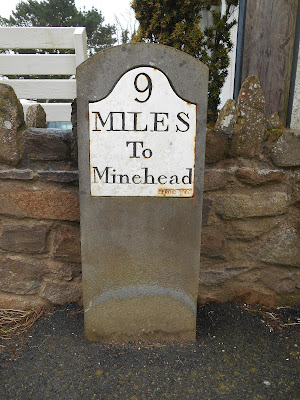 A396 at Wheddon Cross 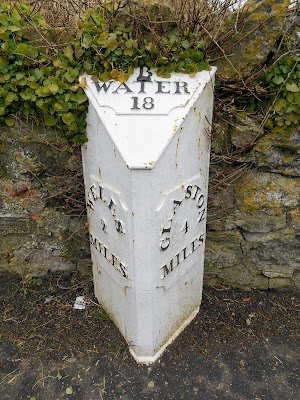 A39 at Coxley near Wells
2 miles to Wells, 4 miles to Glastonbury and 18 miles to Bridgwater 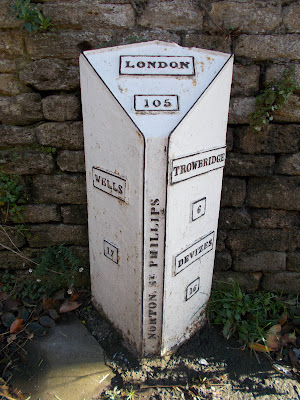 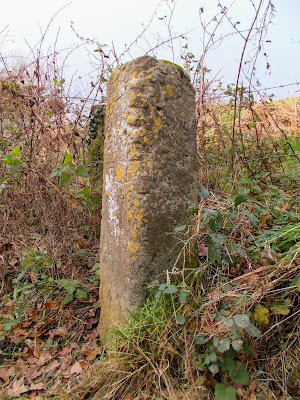 Direction stone, West Chinnock
This direction stone is located at the junction of Smoky Hole Lane and Smith's Hill and is made of Ham stone.  It is thought to date from 1745.  On the south face an inscribed cuffed hand points east to EAST/NNICK (East Chinnock) and another hand points west to CREWKE/RNE ROAD.  On the east face a hand points north to YEOVIL/ROAD. The distances are not given. 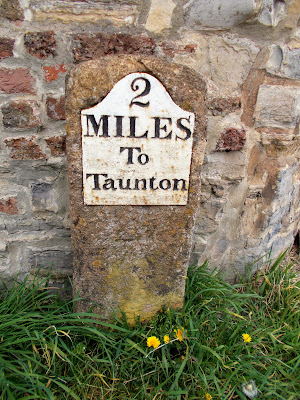 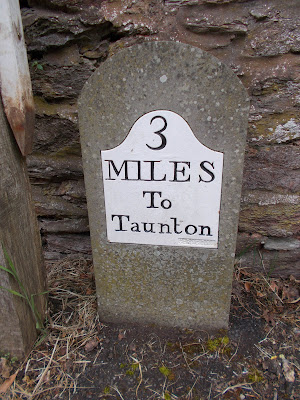 Replica milestone, Kingston Road, Kingston St Mary
It has the date 2007 on it.
Posted by St Kilda at 14:29