Willett Tower is a 15 metre high roofless folly located in the parish of Elworthy in the Brendon Hills.  It stands on the top of Willett Hill at a height of 280 metres above sea level.  Today it is surrounded by a Forestry Commission plantation but this would not have been there when it was first built.  The tower can be seen from a number of places on the south west facing ridge of the Quantock Hills to the north east.  However it isn't so easily seen from elsewhere on the Brendon Hills, as most of the land to the west is much higher than Willett Hill.

Some sources say that Willett Tower was built c1820 for Daniel Blommert of nearby Willett House, possibly by the architect Richard Carver.  However in his book History and Antiquities of the County of Somerset, which was published in 1791, Collinson said that the tower had been erected a few years earlier, which fits with the 1774 date or with 1782, which is the date suggested in the Victoria County History of Somerset.

There are signs inside the tower that it once had an internal wooden staircase, which would have enabled it to be used as a prospect tower but this has long since disappeared.  There is a wing jutting out on the south side of the tower with a window.  It is not known if this wing once extended further to form a nave or if it was a purely decorative feature.  There may once also have been a wing on the north side but this is no longer standing.

There is a small parking area at the western side of the B3224 and at the northern tip of the Willett Hill Plantation.  There are no public footpaths or bridleways through or around the plantation but neither are there any "keep out" notices, so I presume the access is permissive.  The Forestry Commission notice at the parking area just says "Shooting let.  Please keep dogs on leads". From the parking area it is possible to follow any of a number of tracks and paths, which wind their way up and around the hill.  However there are no signposts to the tower and we must have missed a turn off the main track, as we ended up walking round to the south west side of the hill before we eventually found a track leading to the tower.  There is usually at least one car in the parking area whenever I drive by it and I suspect that most of the visitors are local dog walkers.  The tower itself is fenced off but you can get to within about 10 metres of it. 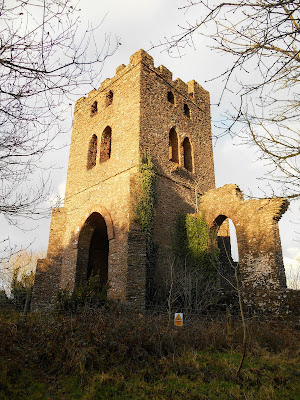 Willett Tower in the winter sunshine 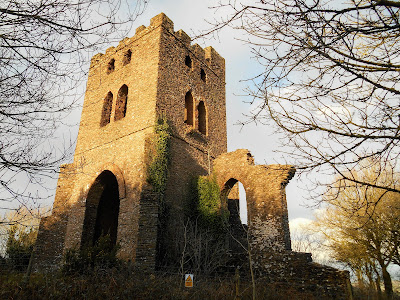 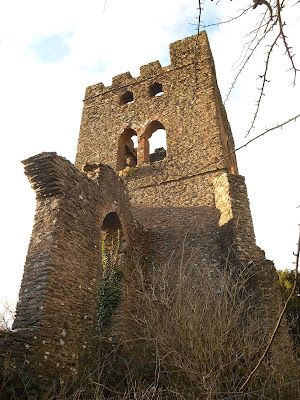 South side of Willett Tower and adjoining wing with window 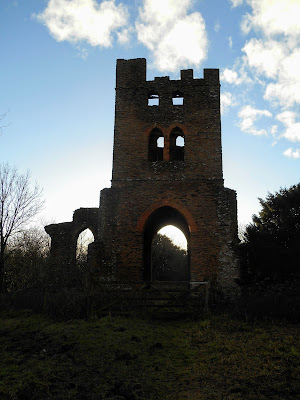 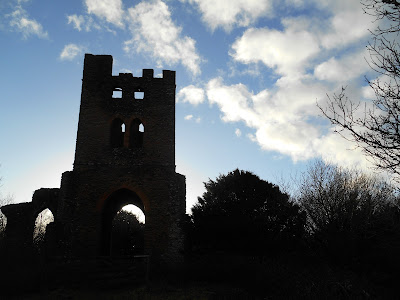 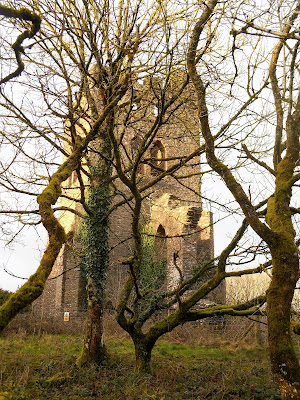 Willett Tower through the trees
Posted by St Kilda at 12:40