There is no village of Nettlecombe today, just a cluster of buildings around Nettlecombe Court.  The parish church of St Mary the Virgin is situated adjacent to Nettlecombe Court and both lie in a beautiful tranquil valley in the Brendon Hills.  Nettlecombe Court will always have a special place in my heart, as it was where I fell in love with the county of Somerset when I stayed there for a week on a geography field trip in early spring 1984.

Nettlecombe Court was originally a medieval manor house.  It was enlarged and altered in Tudor, Elizabethan and Georgian times.   It was used by two schools from 1945 until 1965.   In 1967 it was leased to the Field Studies Council who converted to its present use as a field centre.

Nettlecombe is mentioned in the Domesday Book.  In 1160 the estate was granted by the king to Hugh de Ralegh.  In 1440 Simon de Ralegh died childless and the estate passed to his nephew, Thomas Whalesborough.  It was then inherited by Thomas's daughter Elizabeth who was married to John Trevelyan.

In the late 1700s the village of Nettlecombe, which had been located close to the court and church, was removed when the parkland was landscaped.  Some people moved to the nearby villages of Torre and Yarde and the hamlet of Woodford, half a mile to the north east of the court was built in the 19th century to house estate workers. 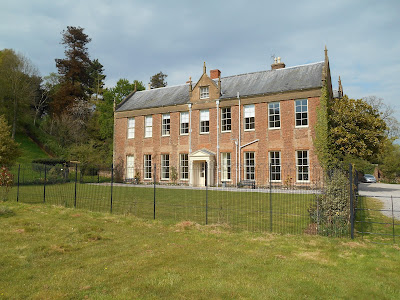 The Church of England observes two sacraments (baptism and communion) but the Catholic church recognises seven:
There are 39 seven sacrament fonts in churches in England but the one in Nettlecombe and one at Farningham in Kent are the only ones located outside Norfolk and Suffolk.  The Nettlecombe font has been dated to 1465-70.  It is mounted on a much more recent base made of Ham Stone. 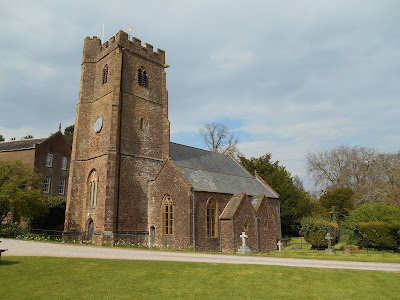 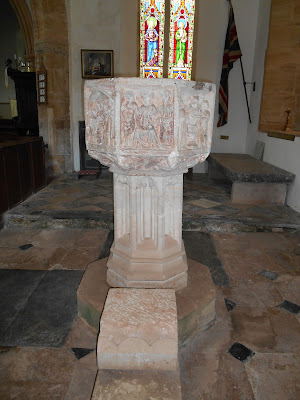 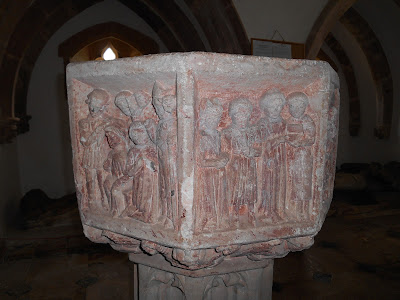 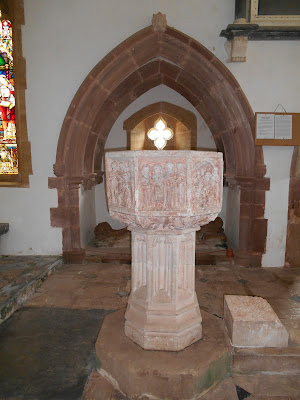 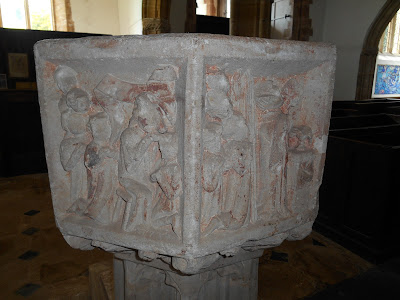 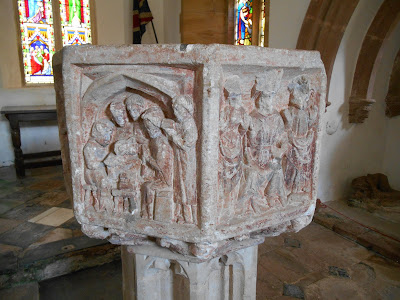 Extreme Unction and Christ in Glory 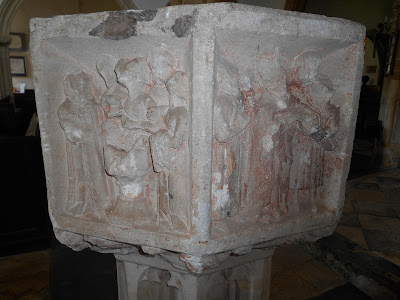 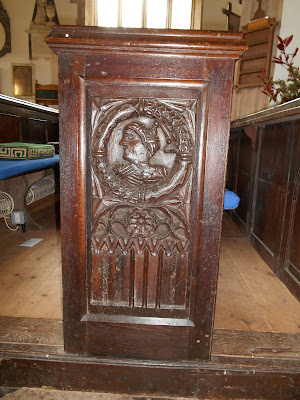 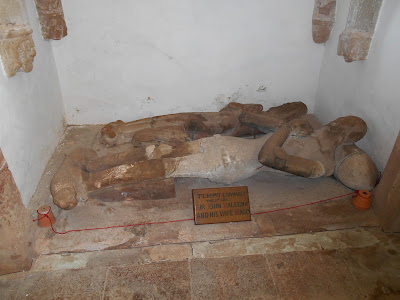 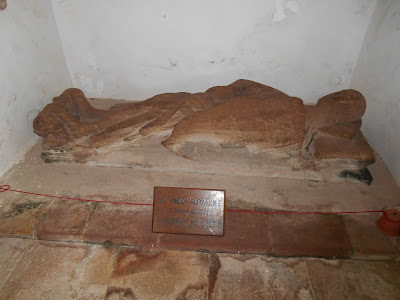 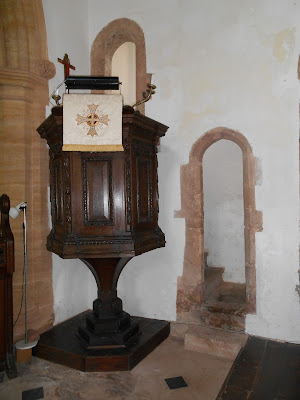 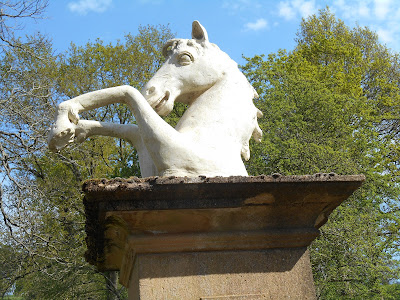 Horse on Gatepost
Posted by St Kilda at 13:18