One of my colleagues spotted this shape in one of the broken windows of the former office block called Quantock House in Paul Street, Taunton.  It looks remarkably like the shape of a running man.  As the building is in the process of being demolished, I presume that he was running away from the big crane that is being used for the demolition.  He got away just in time, as 24 hours after I took this photo on 18th September 2017 his part of the building was gone forever.  The building is apparently going to be replaced by a care home. 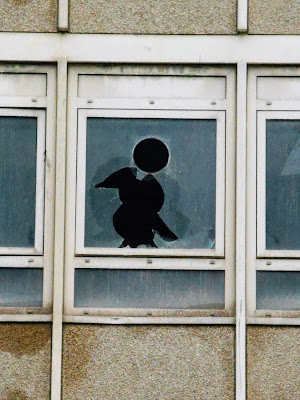 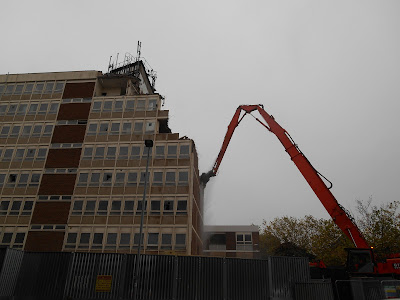 Farewell Quantock House
The running man window is the second window from the right hand end of the building and the second level up that is visible over the security fence
Posted by St Kilda at 15:17