Tenacious Trees: Dunster Douglas, the Ashbrittle Yew and their friends

Somerset has its fair share of noteworthy and remarkable trees:

Dunster Douglas was declared the tallest tree in England in 2009 when he was measured at 60.05 metres.  Presumably he has grown taller since then.  He is located on the Crown's Dunster Estate on an easy access trail and a short distance from the Nutcombe Bottom Car Park.  He is a Douglas fir and was planted in 1876.  The reasons for his record breaking height are that he is growing at the bottom of a sheltered valley in fertile soil, with plenty of water nearby and plenty of other trees to act as windbreaks.  The tallest tree in Britain is also a Douglas fir.  It is growing in Reelig Glen near Inverness and in 2014 was measured at 66.4 metres.  Next to Dunster Douglas are two of the tallest magnolia trees in Britain.  However unless you visit in spring when they are in flower, you are unlikely to notice them. 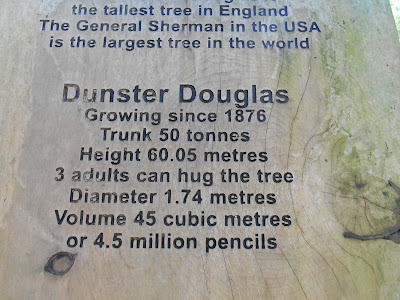 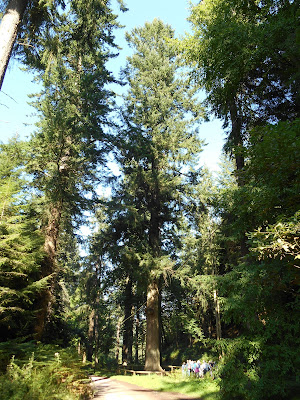 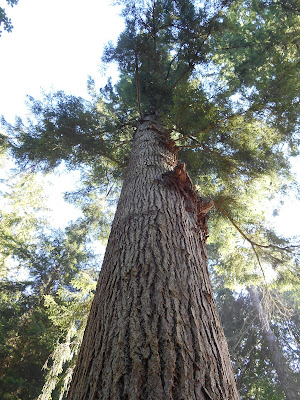 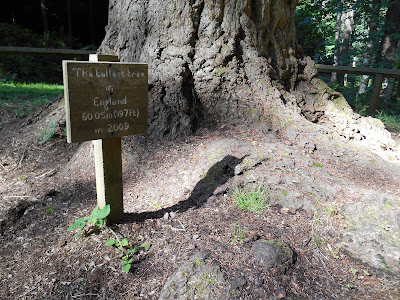 Noticeboard at the foot of Dunster Douglas 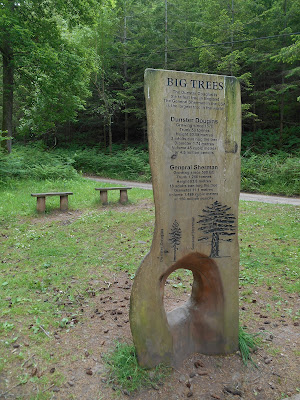 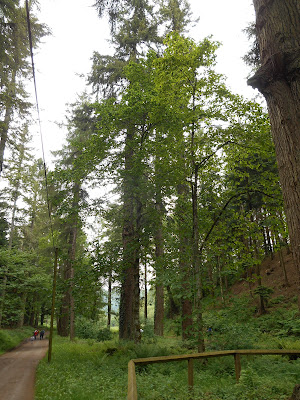 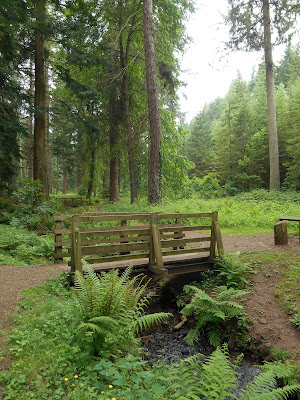 The Ashbrittle Yew (Taxus baccata) is not nearly as tall as Dunster Douglas.  However it is much, much older - possibly as much as 3,000 years old.  It is growing in the churchyard of St John the Baptist Church in the village of Ashbrittle.  It is hollow inside and in 2015 it was reported to be very sick and possibly dying. 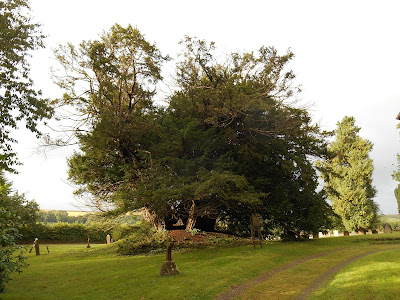 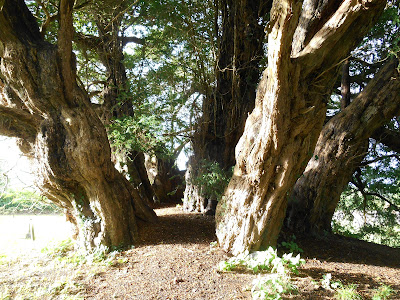 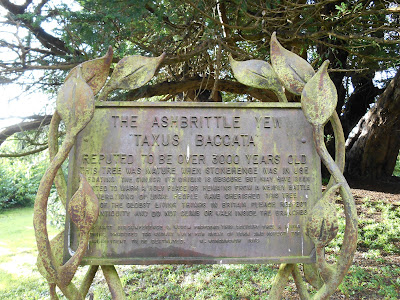 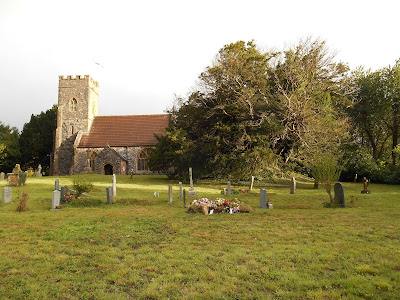 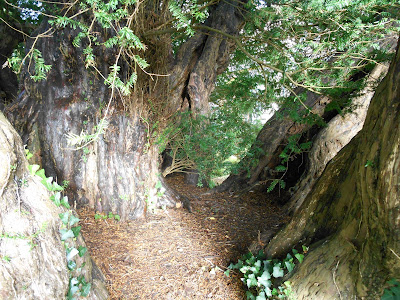 In Turner's Barn Lane on the southern edge of Yeovil there is a beautifully trimmed conifer, which overhangs the pavement by about 6 feet.  It must take some maintaining and it caught my eye.
﻿
﻿ 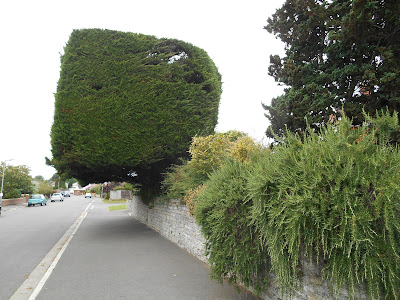 Near Hawkridge on Exmoor there is a young tree growing in the stump of a large dead tree.  It looks very healthy at the moment.  However the tree stump is already decaying and presumably at some point in the future it will collapse and the young tree will almost certainly collapse with it, as its trunk won't be strong enough to stand up on its own, as it has always been supported by the dead tree. 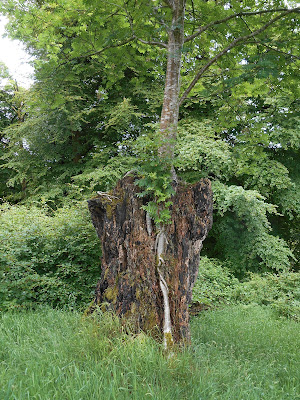 Young tree growing in stump of old tree, near Hawkridge 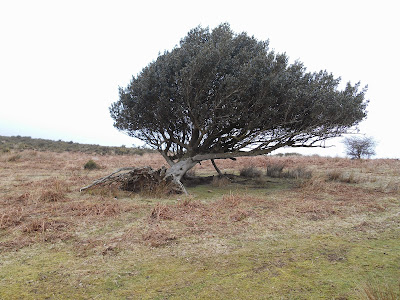 Cutcombe area of Exmoor - toppled over but still growing

On the western edge of Stoke-sub-Hamdon, where the road into the village meets the A356,  there is a solitary very tall conifer known as the Holy Tree, although I haven't been able to find out why it has this name.  The junction is called Holy Tree Cross, although it is no longer a proper crossroads, as the road opposite has been blocked off at its western end where it meets the A303. 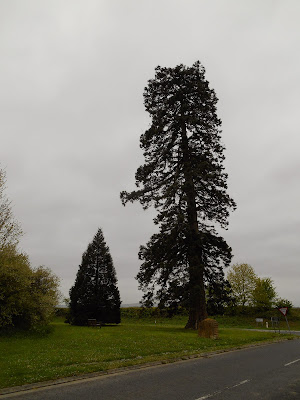 There is a very windswept tree growing on the seafront at Clevedon.  It is almost bent double.  I think it is a yew tree 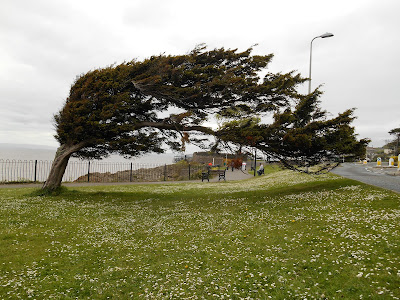 The Glastonbury Thorn is a form of common hawthorn: Crataegus monogyna 'Biflora'.  However it differs from its common relative in that it flowers twice a year: in spring and at Christmas.  According to legend Joseph of Arimathea visited Glastonbury and thrust his staff into Wearyall Hill, which grew into the original "Holy Thorn". This was cut down by Cromwellian troops during the English Civil War, as they regarded them as objects of superstition. 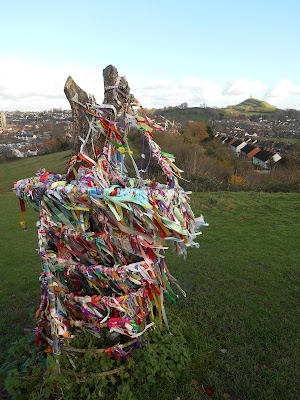 Remains of the Holy Thorn on Wearyall Hill, looking towards Glastonbury Tor 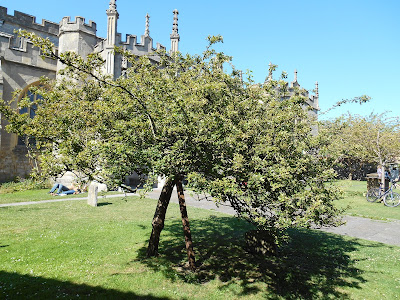 While walking the River Parrett Trail, we came across two trees near North Perrott, which looked remarkably like African baobab trees.  Baobab trees have very thick trunks, in which they store water.  While I am sure that the trees we saw are not baobabs, I don't know what they are. 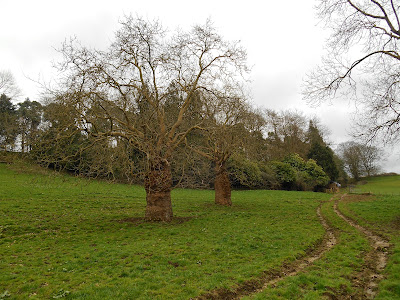 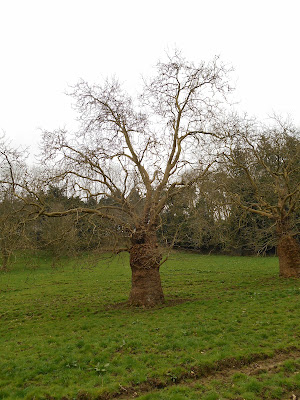 The Seven Sisters are a clump of beech trees growing near the top of Cothelstone Hill on the Quantocks.  However there are now only 3 of them still standing.  A replacement set of trees was been planted about 40 years ago adjacent to the original ones. However these are apparently damaging an ancient monument and were scheduled to be felled.  I'm not sure if this has happened. 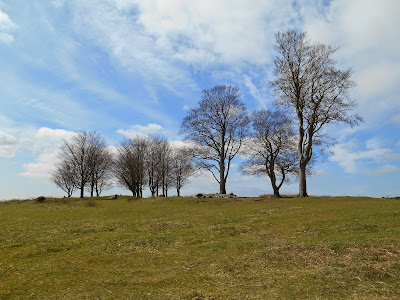 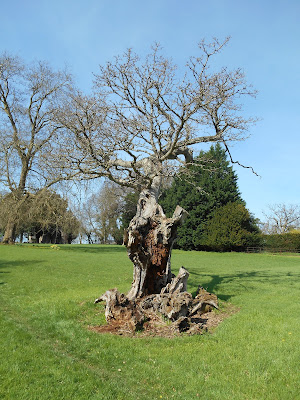 Angersleigh, near Taunton
This is a tree, which is well past its prime but still growing 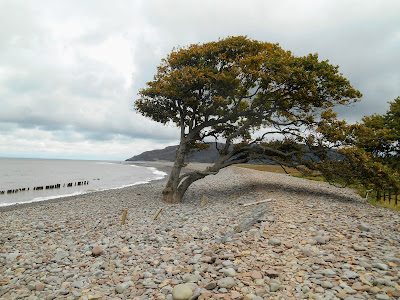 Oak tree on the beach near Porlock Weir
This oak tree will soon be a casualty of coastal erosion.  Until about 5 years ago it was growing in a field.  Since then the coastline has eroded by several metres and the pebble beach has moved inland.  Presumably it will eventually succumb to salt poisoning or be washed into the sea.  In the meantime it still looks healthy.
Posted by St Kilda at 14:50