Dole stones or tables were stone tables or ledges usually located in church porches and more rarely in churchyards.  From medieval times until the 16th or 17th centuries they were used for settling contracts and the payment of debts, bequests, tithes and church dues.  They were also used to distribute money or bread to the needy of the parish and passing travellers in need of help. Very few dole tables have survived to the present day.  There are three in the historic county of Somerset: at Dundry in North Somerset; Nynehead near Wellington and Oake near Taunton.

Dundry’s Dole Table is located in the churchyard of St Michael’s Parish Church.  It is a 1.5 metre cube of locally quarried Dundry Stone/Freestone, which is an Inferior Oolite limestone. An alternative theory is that it isn’t a dole table but is a sample of dressed Dundry Stone, which acted as a demonstration of its qualities as a building stone. 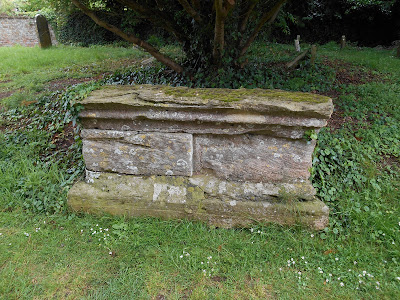 Dole Table at St Bartholomew's Church, Oake
It is thought to date from the 16th century but it has been restored since then. It is made of local sandstone and is 85cm high and 40cm wide.  It is located just outside the porch. 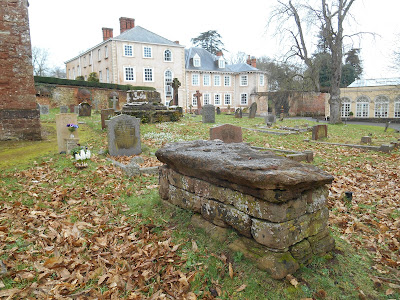 Nynehead's Dole Table with Nynehead Court in the background 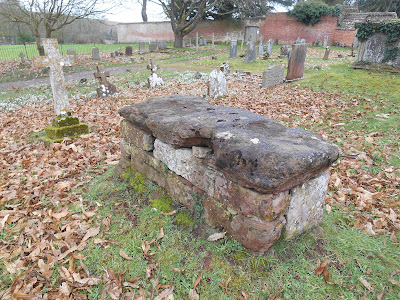 Dole Table in the churchyard of All  Saints' Church, Nynehead
It is thought to date from the 16th or 17th centuries 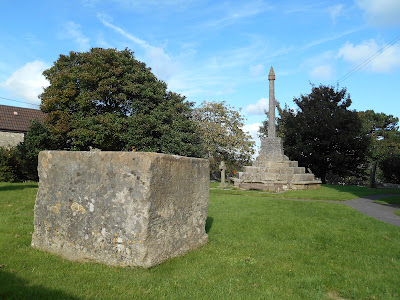