An ornate hexagonal pinnacle stands at the junction of Church Road and Lympsham Road in the village of Lympsham.  It is one of a pair: the other one is in the grounds of the Manor House on the other side of the road. It is thought that the pinnacles were designed as gateposts and were originally located at the entrance to the Manor House.

The pinnacle at the road junction has 3 small plaques on it: one says "Love one another", the second says "Fear God" and the third, which is very worn and now almost illegible, is thought to say "Honour the King".  These words are from the New Testament: 1 Peter Chapter 2 verse 17.

You can just about see the pinnacle in the Manor House grounds in the distance if you peer through the hedge at a certain place, but you cannot access it because it is on private land.  This one is a memorial erected in 1876 by Joseph Henry Stephenson, who was rector of the parish. He was the second of 4 generations of Stephensons to be Rector of Lympsham. 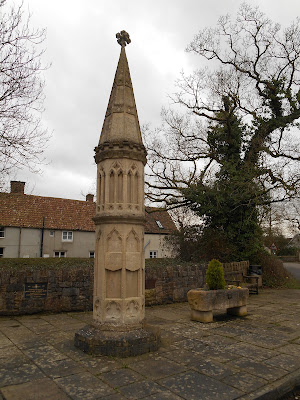 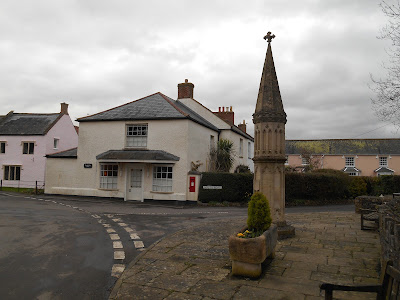 Pinnacle in Lympsham
Posted by St Kilda at 15:33