Conygar Tower and The Arches, Dunster

Conygar Tower is a folly located above the village of Dunster.  It was probably designed by Richard Phelps and was built in 1775.  It cost Henry Fownes Luttrell (1723-1780), the owner of Dunster Castle at the time, £75.  It is a round tower 7.9 metres in diameter and about 18 metres high.  It is built of red rubble sandstone, has four open entrances at the bottom and tapers slightly towards the top, which is crenellated.  There is no evidence that it ever had a roof or floors.  It was designed as an eye-catcher to be viewed from Dunster Castle.

Henry Luttrell also created Dunster deer park, planted trees on Conygar Hill and had a Sham Ruin also designed by Richard Phelps built 400 metres to the north west of Conygar Tower.  It is known locally as 'The Arches.'  There are two unroofed turrets either side of one of the arches, with the second arch at right angles to the first.

The name Conygar comes from two medieval words: coney (rabbit) and garth (garden), indicating that the area was once a warren used for breeding rabbits for food. 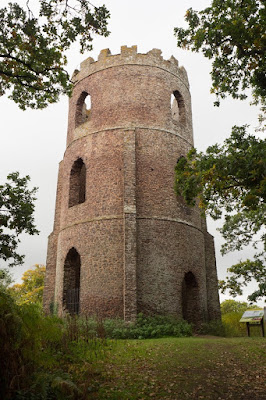 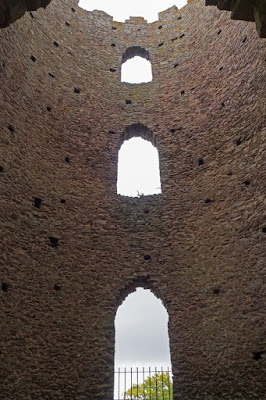 View from Inside Conygar Tower 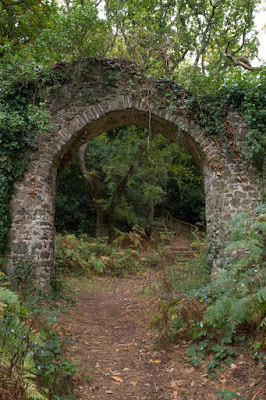 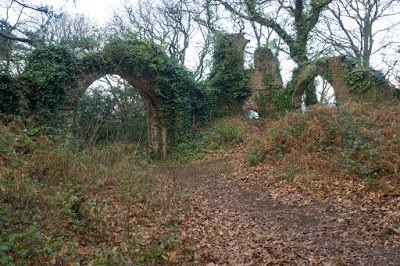 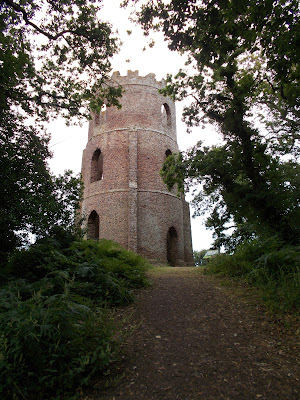 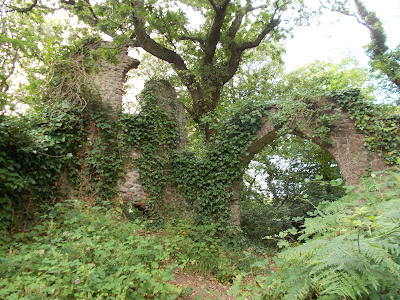