The West Somerset Mineral Railway was built between 1857 and 1864 to transport iron ore from the top of the Brendon Hills down to the port of Watchet.  It was then shipped across the Bristol Channel to South Wales and smelted at Ebbw Vale.  It was not a great success commercially and the mines closed in 1883.  The railway, which was 11 miles long, closed in 1898.

Iron ore had probably been mined on the Brendon Hills intermittently since the Iron Age.  The mines were open trenches on the surface, which followed the lines of the ore lodes.  In 1839 Sir Thomas Lethbridge, who owned an estate on the Brendon Hills, opened Lothbrook Mine. He proposed the building of a tramway from the Brendon Hills down to Watchet but nothing came of this.

The Ebbw Vale Company experienced rapid growth in demand for wrought iron for railway tracks and by the 1850s they were running short of iron ore.  They looked to the Brendon Hills as a new source of supply.  The iron ore in the Brendon Hills is low in sulphur and phosphorus but high in manganese.  This was the type of ore needed for the Bessemer process of making steel, which was used in Ebbw Vale from the 1860s.

A mining settlement grew up near the top of the Incline at Brendon Hill from 1855-67.  Houses, churches, chapels, schools and shops were built.  Houses for miners were also built at Gupworthy, Sminhays and Ralegh's Cross.

Construction of the railway began at Watchet in 1856.  The first train ran from Watchet to Roadwater in May 1857 and by the end of the year the line had reached the bottom of the Incline at Comberow.  The Incline was designed by Welshman Rice Hopkins with a gradient of 1:4.  Rice Hopkins died in 1857 before the line had got as far as Comberow.  The railway was completed to the top of the Incline in 1861, including the two winding drums needed to haul the trains up it.  The line was extended to Goosemoor in 1864.

In 1865 the West Somerset Mineral Railway was opened to passenger traffic from Comberow to Watchet, with additional stations at Roadwater and Washford.

The peak year for iron ore production was 1877 when 47,000 tons was produced.  However the iron ore deposits of the Brendon Hills are fragmented and were expensive to work.  In the late 1870s the price of steel collapsed due to an economic depression and imports of cheaper iron from Spain.  At around the same time the Bessemer process was replaced by the Gilchrist-Thomas' method, which didn't require ore low in phosphorus.

After the closure of the railway line in 1898 the line became derelict but in 1907 the Somerset Mineral Syndicate leased the line and opened some of the mines again, as steel prices had risen.  However it was not successful and the company was wound up in 1910.  The last trains to run on the Mineral Line did so in 1913, as part of a trial into automatic railway signalling by an Australian named Arthur Angus. In 1916 the UK government requisitioned the track for use in the First World War.   The West Somerset Mineral Railway Company was finally wound up in 1925.

In 2008 the West Somerset Mineral Railway Project conserved the remains of the Winding House at the top of the Incline, Bearland Wood Ventilation Flue and the Langham Hill Engine House.  This project was funded by the Heritage Lottery Fund. The Burrow Farm Engine House was conserved by Exmoor National Park Authority in 1990.  The former station house, goods and engine sheds can still be seen close to Watchet Harbour. 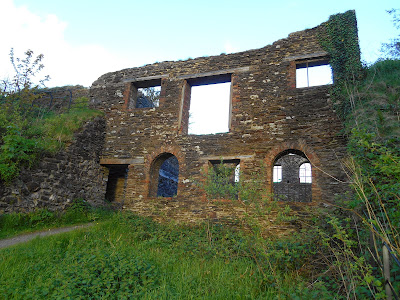 Winding House at the top of the Incline
﻿
There is a small parking area immediately to the west of the Winding House on the B3224.  However I wouldn't advise trying to turn right out of it, as you can't see anything and the traffic is usually going very fast at this point.   Grid reference: ST 023 345. 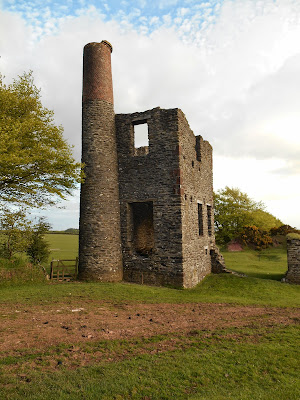 Burrow Hill Engine House
Burrow Farm Engine House (grid reference ST 008 345), which is a Cornish style engine house, is located on private land.  There is a permissive footpath to it from an unclassified road at Naked Boy's Bridge.  There is only parking for one car there.  The footpath is closed in April every year and no dogs are allowed at any time, due to the presence of sheep.  The permissive path is a dead end, so you have to walk back the same way.
﻿ 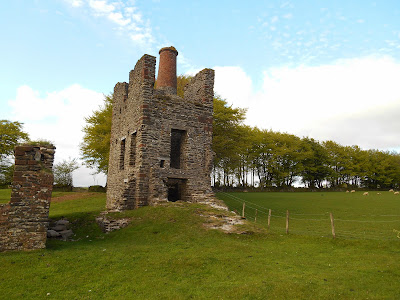 Burrow Hill Engine House
The small building on the left of the photo is the remains of a drying shed, which was used to dry miners' clothing.
﻿ 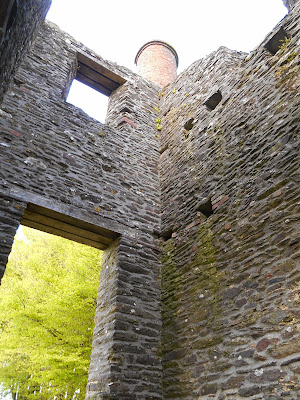 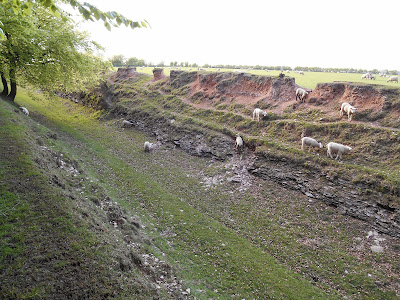 Line of the Mineral Railway near Burrow Hill 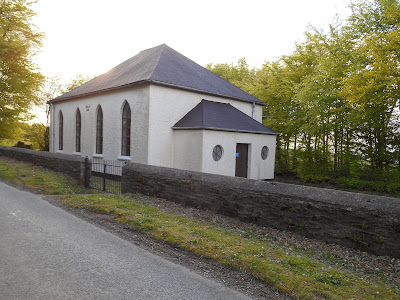 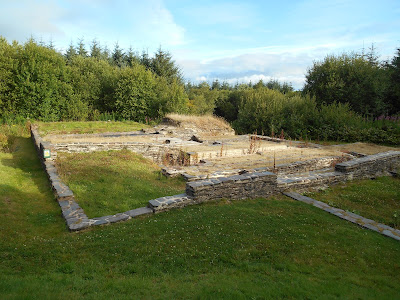 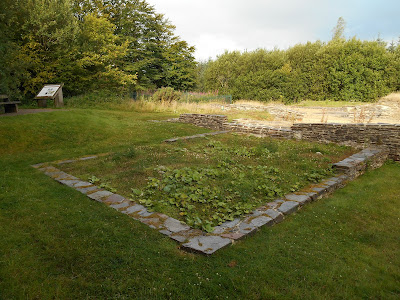 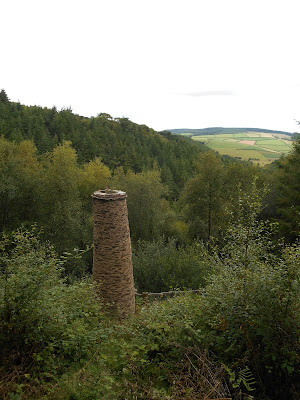 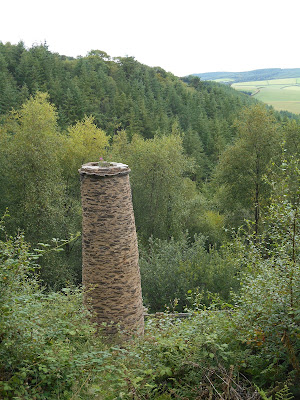 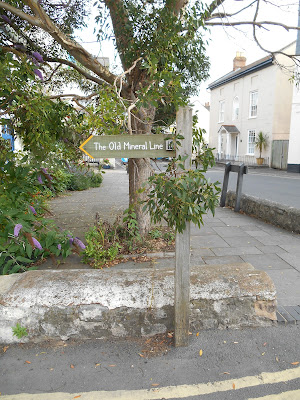 Start of the Old Mineral Line footpath in Watchet 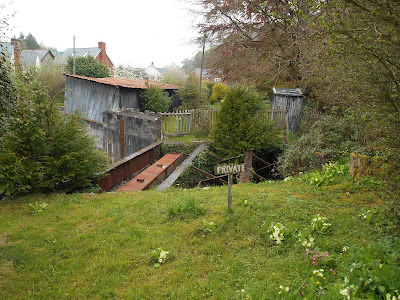 Remains of the Old Mineral Line in a Roadwater Garden 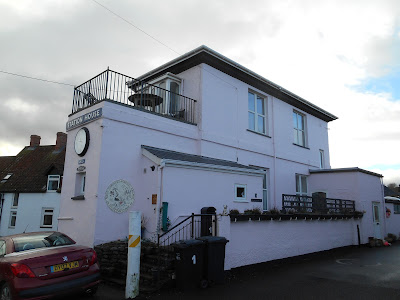 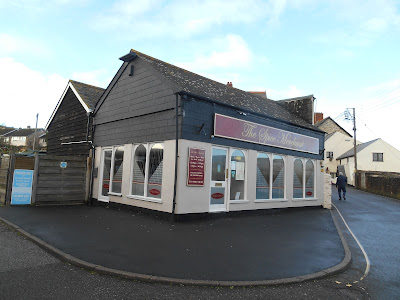