Tarr Steps is an ancient 17 span clapper bridge, which normally straddles the River Barle between Dulverton and Withypool.  However on 20th/21st November 2016 about a third of it was washed away by heavy rainfall that accompanied Storm Angus.  It has been washed away  and subsequently rebuilt on several previous occasions, including 1939, 1952, 1979 and 2012.

Tarr Steps, which is possibly Britain's longest clapper bridge (38.5 metres measured between the river banks or 58 metres if the stone causeways at each end are included), probably dates from the 15th or 16th centuries but it may be much older (Bronze Age or medieval).  Local legend says that Tarr Steps was built by the devil.  The Tarr part of the name may come from the word "torri" meaning "to break" and in this case referring to a rough or violent stream

The term clapper comes from the Latin "claperius" meaning "pile of stones".  In a clapper bridge large unmortared stone slabs rest on one another. The stones used to build the bridge are local gritstones, probably from Pickwell Down.

Tarr Steps is made of three components:
Cables were strung across the river upstream of Tarr Steps at some point after the 1952 floods.  The purpose of these is to catch debris like tree trunks and branches, thereby preventing them from hitting Tarr Steps and dislodging the stones.  However in 2012 the cables were destroyed by the floodwater and debris. 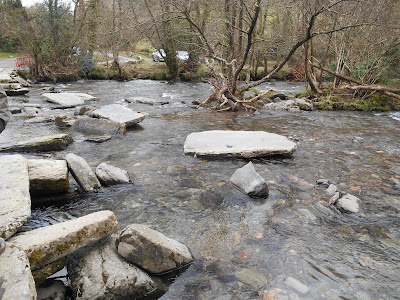 December 2016: the parts are all there but are currently scattered around the riverbed 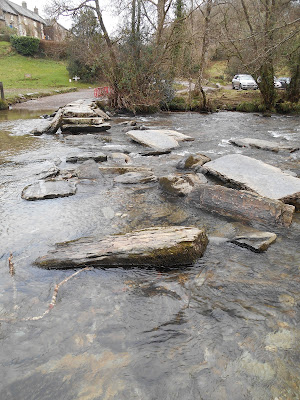 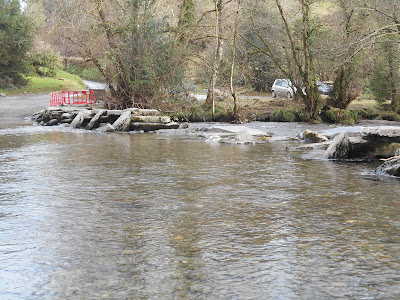 Gap in the middle of Tarr Steps 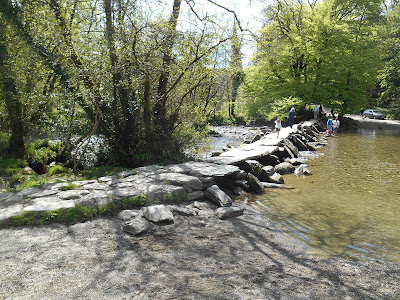 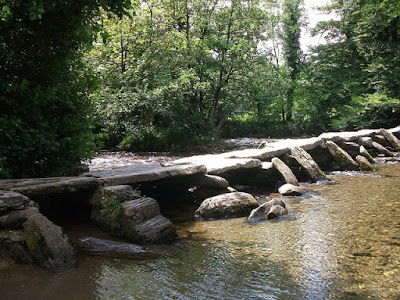 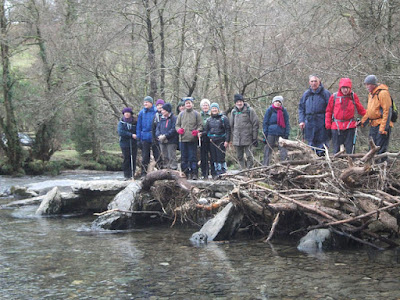 West Somerset Ramblers on Tarr Steps, December 2016
The debris of tree trunks and branches can clearly be seen.
Posted by St Kilda at 14:14