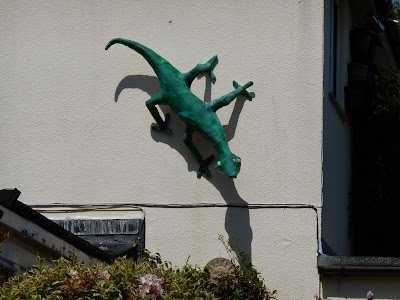 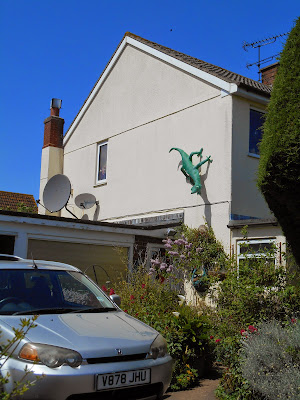 This friendly looking gecko is stuck to the wall of a house in The Crescent,  Carhampton near Minehead 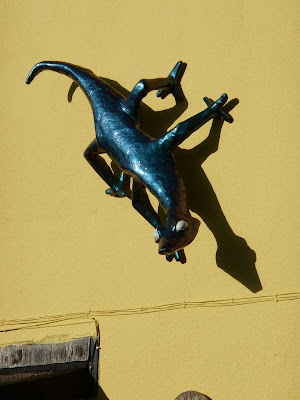 The gecko disappeared for several months in 2017 while the house was being repainted but I am pleased to say that by November he was back again and in a smart new darker livery. 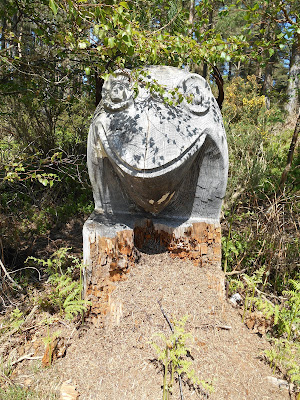 I think this chap is meant to be a frog.  He is part of the easy access sculpture trail at Webber's Post above Horner on Exmoor. 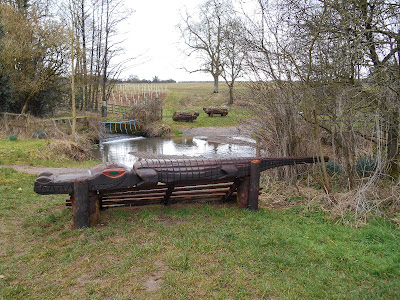 This crocodile is a decorative jump on a cross country course for horses.  He is located to the east of the village of Nunney. 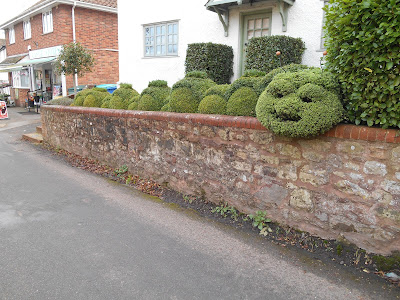 This topiary caterpillar can be found in Castle Street in Nether Stowey on the same side as, and close to, Castle Stores. 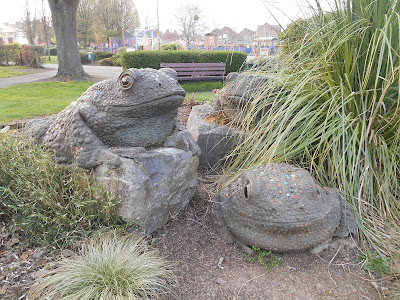 Toads in Victoria Park, Taunton
These toads used to live in the Old Market Shopping Centre but when it was refurbished and renamed the Orchard Shopping Centre, they were evicted.  They now look a bit worse for wear, so presumably they have been on display in the park for some years.  I'm sure they keep the slug population of the park under control! 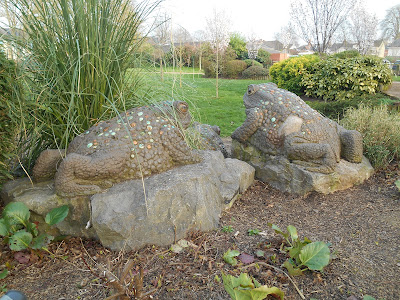 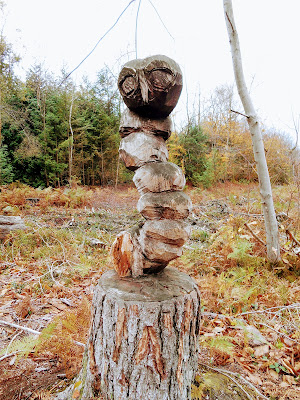 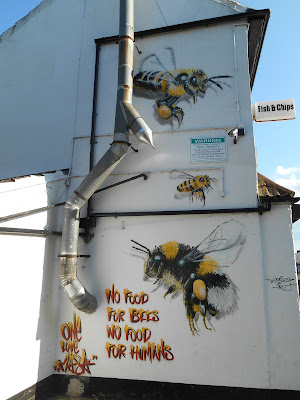 Giant Bee mural on the side of the fish and chip shop on the corner of Cheddon Road and Wedlands,  Priorswood, Taunton 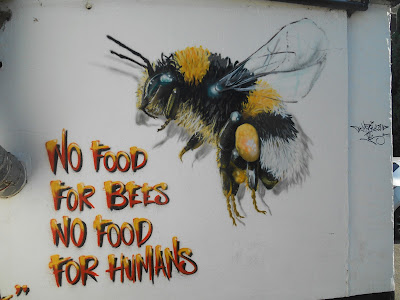 This mural is part of North Taunton Art Trail.  It is one of four large murals of native wild animals, all of which are currently declining in numbers: bees, water voles, bats and hedgehogs. All 4 murals were painted in August 2015 by Brazilian artist Louis Masai.  They are part of Somerset Wildlife Trust's Routes to the River Tone Project and were done in conjunction with Somerset Art Works. 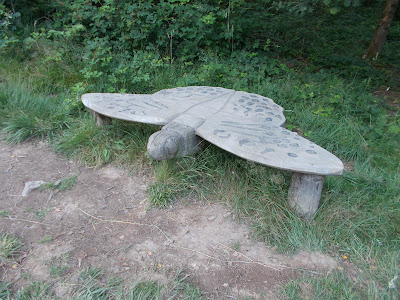 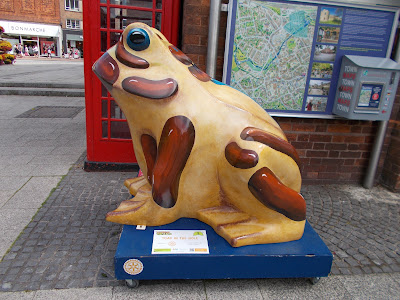 Giant Toad outside the Market House, Taunton - part of the 2019 Taunton Toad Trail 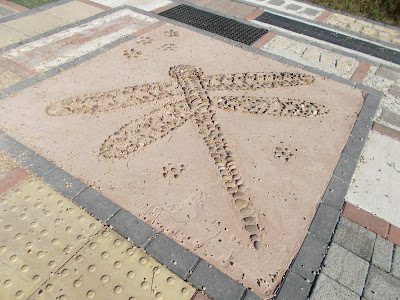 Pebble dragonfly by the towpath of the Bridgwater and Taunton Canal at Firepool
Posted by St Kilda at 13:24