This folly at Fyne Court in the village of Broomfield, is sometimes called Castle Folly.  It was constructed for the Crosse family, who built Fyne Court in the early 1600s.  It is said that the folly was at one time used as a prison and at another time as a dog kennel.  Today it is an undercover picnic place for rainy days. It was built with rubble sandstone and was at one time rendered.

Fyne Court's most famous resident was Andrew Crosse (1784-1855) who performed experiments with electricity from around 1816. Fyne Court itself was destroyed in a fire in 1894.  Only the Music Room, folly, some outbuildings and the boathouse survived. It is believed that the fire was started by a candle left unattended by a maid.  The estate is owned and managed by the National Trust, who acquired it in 1967.  From 1973 to 2009 the site was managed by the Somerset Wildlife Trust, who had their headquarters there until 2004. 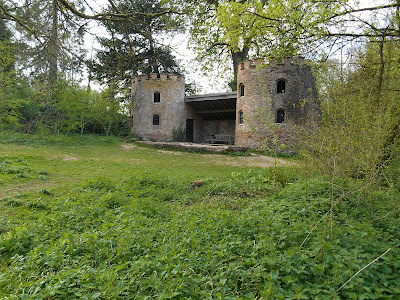 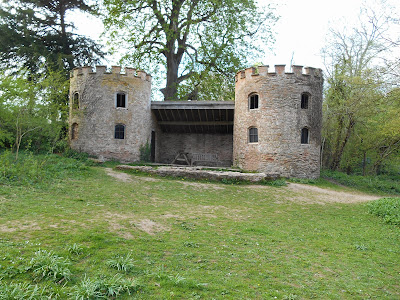 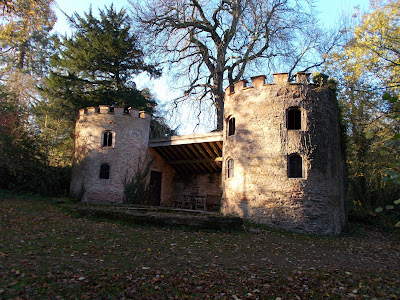 Castle Folly in the autumn
Posted by St Kilda at 13:52