The ruins of a deserted farmstead called Ball or Ball's Cottages are located at head of an unnamed combe deep in Buncombe Wood, half a mile ESE of Cothelstone Hill and 150 metres below it.  The ruins are comprised of a farmhouse and an outbuilding, both built from the local slatey sandstone.  The west gable end wall of the farmhouse still stands to its original height and the chimney can be seen.  On the inside you can see where the fireplaces on the ground and first floors once were.  The east gable end is more ruined but may contain a bread oven.  Both the farmhouse and the outbuilding, which is located to the north west of the farmhouse across a forestry track, were probably built in the late 18th or early 19th centuries.  The ruins are located by the side of a public footpath at ST 198 324 and close to the Kingston Stream.

The farmstead may have been a tenement of Buckland Priory, which was located at Durston.  It was known as Buncombe Farm in 1801 but had changed its name to Ball's Cottages by 1888.  It looks on the 25" scale Ordnance Survey map as though it might have been divided into 2 cottages at some point. 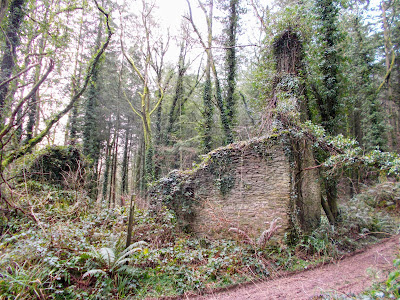 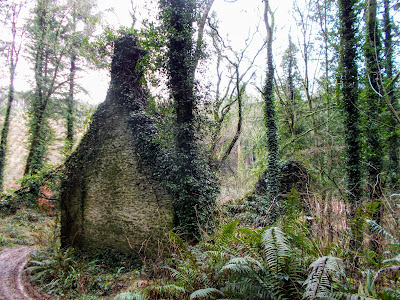 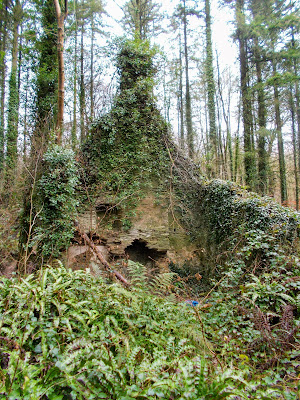 West end gable wall from inside 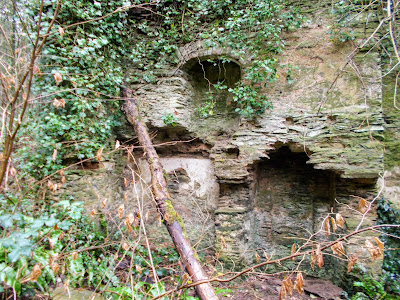 Remains of the fireplaces on the ground and first floors 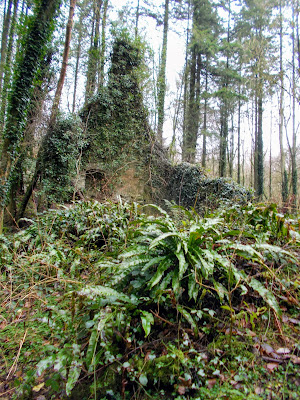 Inside of the west gable end wall 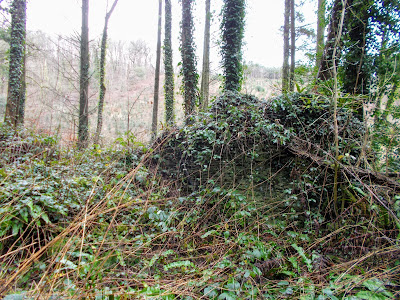 Remains of the outbuilding 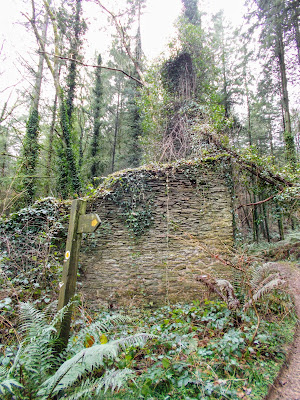