Burrow Mump is a natural hill of Mercia Mudstone, which rises dramatically from the flat landscape of the Somerset Levels at Burrowbridge, although it is only 24 metres higher than the surrounding land.  It has a flat top, below which the sides have been steeply scarped for about 7 metres. The lower slopes of the hill are natural.   According to local legend King Alfred used the hill as a defensive position against the Danes but there is no evidence that this was true.  It has also been suggested that the hill was the site of a Norman motte and bailey castle but this too is now thought not to be the case. It was owned by Athelney Abbey from around 937 AD.

In medieval times a chapel dedicated to St Michael was built on top of the Burrow Mump.  It was still standing in the mid-17th century.  In July 1645, during the English Civil War, Royalist troops occupied Burrow Mump for three days after losing the Battle of Langport.  By the mid-18th century the chapel was in ruins and in 1793 rebuilding commenced but the church was never completed.  The church is built of lias with Ham stone and red brick dressings.  In 1836-8 a church (also dedicated to St Michael) was built at the foot of the hill in the village of Burrowbridge.

Burrow Mump and the unfinished church were given to the National Trust by Major Alexander Gould Barrett in 1946 as a memorial to the Somerset men and women who lost their lives during the Second World War.  There is a small car park located just off the A361 to the east of Burrow Mump. 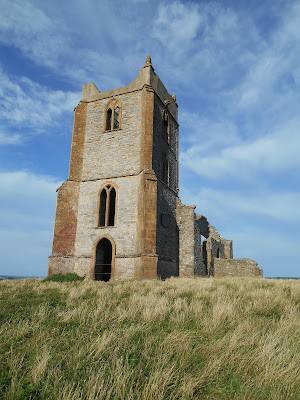 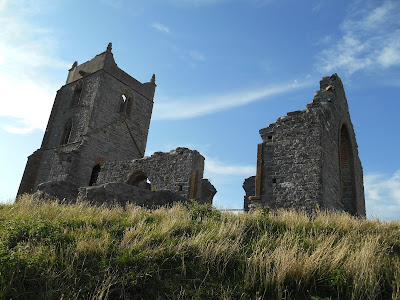 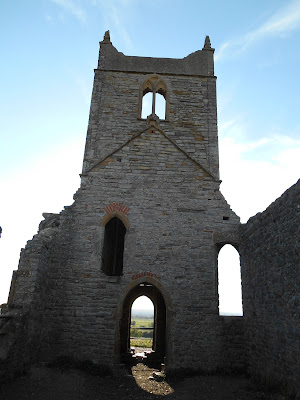 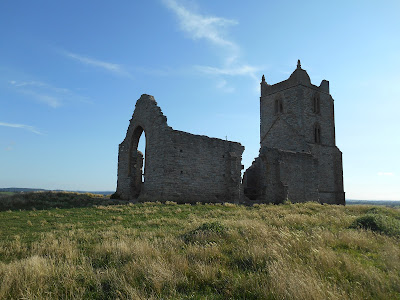 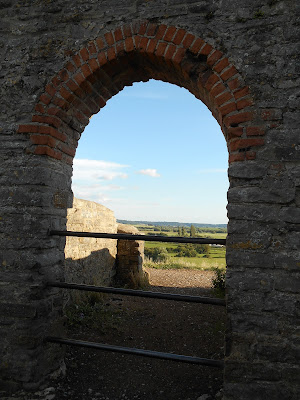 View across the Levels from St Michael's Church 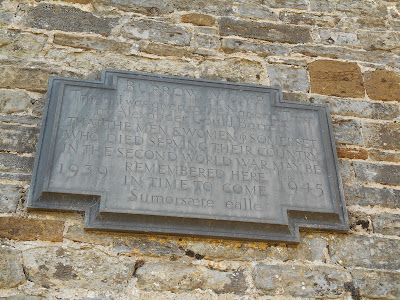 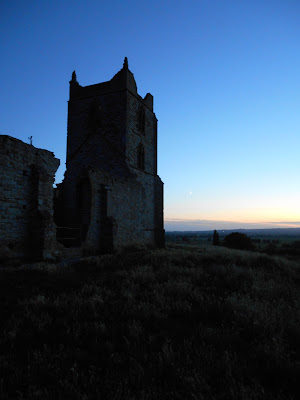 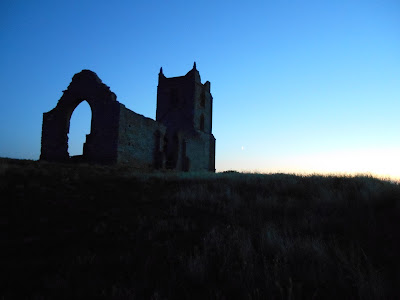 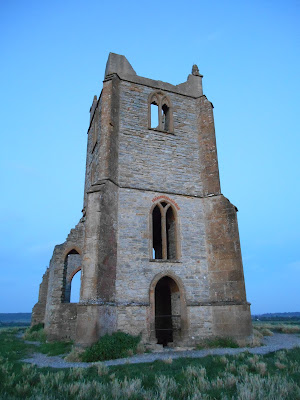 Burrow Mump in the twilight
Posted by St Kilda at 15:03